Bill Waite on attempts to dismantle the SFO

The SFO is being reviewed by Sue Gray, Director General of the Propriety and Ethics Team and Head of Private Offices Group. Ms. Gray’s background is in Transport, Health and the Department of Work and Pensions.

During parliamentary questions in December 2016, Amber Rudd, the Home Secretary, announced that “The Cabinet Office will look at the UK’s response to economic crime more broadly” including the role and effectiveness of the Serious Fraud Office.

Terms of reference of the Cabinet Office review have not been announced.  The process is said to include “an internal assessment” with relevant agencies being asked to fill in “extensive questionnaires” but no further details have been provided.

The review is to be led by Sue Gray, Director General of the Propriety and Ethics Team and Head of Private Offices Group. Ms. Gray’s background is in Transport, Health and the Department of Work and Pensions.

Her full time role is “to oversee the provision of advice to all government departments on standards and ethics issues, corporate governance in public bodies, and makes and manages public appointments. The purpose of the role is to ensure the highest standards of propriety, integrity and governance within government.”

For some reason the announcement, the lack of openness about the mandate, the review process and the appointment of an individual with Ms. Gray’s background has been interpreted as yet another attempt by Prime Minister Theresa May to dismantle the Serious Fraud Office.

For example, Stephen Parkinson, former deputy head of the attorney-general’s office is reported as saying: “I am appalled that the Cabinet Office is limiting its consultation to the internal institutions themselves and is not undertaking a widespread consultation.”

Some would say that in 2011, the now Prime Minister had a point. The  Agency was in disarray. Its well intentioned director, Richard Alderman, presided over an organization which was subject to repeated criticism that it had simply stopped prosecuting difficult cases for fear of failure — and when it tried, in Tchenguiz — its efforts were labeled as demonstrating “sheer incompetence” by a High Court Judge.

In addition, settlement agreements reached by the SFO, which had no statutory foundation, raised the ire of judiciary who were not slow to comment that presenting the court with a fait accompli should never be done again.

By 2014, at her second attempt, things had improved at the SFO under David Green CB QC —  but his regime, two years old as it was, was a work in progress and successful prosecutions were hard to find (unsurprising given the average time frame for a serious and complex fraud prosecution is four years). However, the Prime Minister’s efforts were beaten back by the  Attorney General, Dominic Grieve, and Ken Clark — then a powerful combination — now confined to the back benches.

So why another attempt in 2017? That is something of a difficult question to answer.

Economically, nobody can seriously challenge the Serious Fraud Office’s success. In the last three months it has secured the two largest criminal settlements in English legal history £497,250,000 ($616 million) plus £13 million ($16 million) in costs from Rolls-Royce and, announced this week, £128,992,500 ($160 million) plus costs to be determined from Tesco.

While its right to say that both settlements were the product of Deferred Prosecution Agreements and, therefore, not of fully fought prosecutions, they represent hundred of thousands of man-hours of investigatory effort and prosecutorial skill and judgment without which, settlements of these magnitudes would have been unlikely if not impossible to reach.

When viewed against the organization’s budget, including with blockbuster funding and for the same time period, £704,009,840 ($873 million), the vast majority of which goes to the exchequer, represents a return on investment (ROI) of approximately 300 percent — or roughly what most private equity houses would consider a very acceptable ROI in a text book time frame.

In addition to Rolls-Royce and Tesco, the SFO has approximately 60 cases under investigation, many of which involve very large corporates which are also engaged in discussions about potential Deferred Prosecution Agreements. By the end of 2017 the ROI will likely be much improved and represent returns by which the Sage of Omaha would not be embarrassed..

First, in the last four years the SFO has increased both the number of cases and the difficulty of cases which it is taking to trial. Tom Hayes is a good example. Second, conviction rate per se is the wrong measure. It is not, nor has it ever been, the mandate for prosecutors under English criminal law to take cases where success is guaranteed.

A prosecutor’s job is to take cases to trial which pass the evidential test and the public interest test. If in doing so a judge determines there is sufficient evidence to go before a jury, as happened in the Libor trials which followed Hayes and which resulted in acquittals, the SFO can rightly claim to have done its job.

Moreover, the words “sheer incompetence” and “the SFO” have not been uttered in the same sentence by a High Court Judge since Tchenguiz.  Indeed the decision in Unaoil this week supports a contention of the SFO withstanding a powerful procedural challenge effectively. Evidence of progress under David Green, I would suggest.

Outside its own direct prosecutorial activities the SFO also supports many other prosecutorial agencies, including the U.S. Department of Justice, through mutual legal assistance. According to the DOJ a number of its successful prosecutions in the U.S. could have not been brought without the SFO support.

Finally, if the Cabinet review were not constrained by reviewing the results of the questionnaires it would also find support for the SFO from the OECD, which in its Phase 4 review said:

Foreign bribery enforcement in the UK has increased significantly since 2012 notably thanks to the pragmatic and effective approach taken by the Serious Fraud Office (SFO) to investigate and resolve foreign bribery cases. The government should maintain the role of the SFO in foreign bribery cases and ensure it continues to have the resources needed to function effectively.

So you will understand my difficulty in answering the question.

If I may proffer a little humble advice to my Prime Minister and her Home Secretary, “If it ain’t broke, dont fix it.”

This article was first published on the FCPA blog. 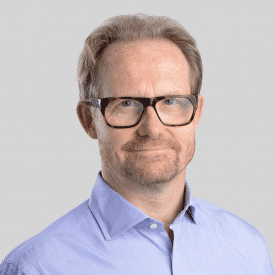