The mafia beyond Southern Italy: A pan-European risk Historically originated from Italy, the mafia has expanded its presence across Europe, including in Germany and Slovakia. In this article, we assess Italy's anti-mafia efforts, and the role that regulatory failures have played in allowing organised crime groups to flourish across the continent.

Investors seeking to enter the Italian market are often wary of the possibility that local businesses may be infiltrated by organised crime groups, known collectively as the mafia¹. While this is no idle concern, mafia infiltration has now extended far beyond Italy’s borders as groups have sought to evade prosecution from Italian authorities, laundering the proceeds of their illicit activities elsewhere.

Mafia infiltration has long been a drain on the Italian economy. However, in the 1980s Italian law enforcement agencies began to coordinate their respective attempts at stamping out the mafia and have since established a range of effective institutions which are used for countering the effects of organised crime. The driver for this was the murder by the Cosa Nostra of Pio La Torre, a Sicilian politician, and Carlo Alberto Dalla Chiesa, the prefect of Palermo. Shortly after this, in 1982, the Italian parliament approved a new law establishing the crime of mafia association (known as article 416 bis) which established for the first time that being part of a mafia organisation was, in and of itself, illegal. This allowed  prosecutors to indict its members and confiscate their assets.

Despite these efforts, however, Italian organised crime groups continue to operate. Indeed, some estimates suggest that between 2013 and 2016 revenues generated by the mafia increased from €150 billion to €200 billion, equivalent to 11 percent of Italy’s GDP. This growth appears to have been fuelled primarily by a shift in the mafia’s business activities away from its nerve centre in Southern Italy to the North and even further afield.  In these jurisdictions the mafia’s businesses continue to thrive, out of the reach of Southern Italian law enforcement agencies which have the most experience of combatting their influence.

Over recent years anti-mafia prosecutors have uncovered mafia operations active in some of the North’s richest regions, including Lombardia and Veneto. In February 2019 the Venetian anti-mafia prosecutor’s office issued an arrest warrant for 50 people associated with the Camorra (which originates from Naples), and seized €1 million worth of mafia assets. More recently, in September 2019, a joint operation between the Polizia and the Guardia di Finanza uncovered a Brescia-based cell of the Cosa Nostra, completely independent from the Sicilian epicentre. This resulted in the arrest of 70 people and the seizure of €35 million in mafia assets.

Perhaps more concerning, however, is the fact that Italian organised crime groups have also started to ‘go international’ and are now exploiting prosecutorial and judicial weaknesses in other European countries. Outside of Italy, where authorities have built up the institutional knowledge needed to counter mafia infiltration, prosecutors do not have the same expertise or tools at their disposal. Most strikingly, despite the continued efforts of the European Commission and the European Parliament, the 416 bis article which established the crime of mafia association has still not been adopted in other European jurisdictions.

Germany and Slovakia are just two of the countries in which the Italian mafia has exploited economic opportunities and established a satellite presence. While the extent of their infiltration remains largely hidden, there have been several recent instances of violence, as well as large-scale police operations, that have brought their presence into the public eye. 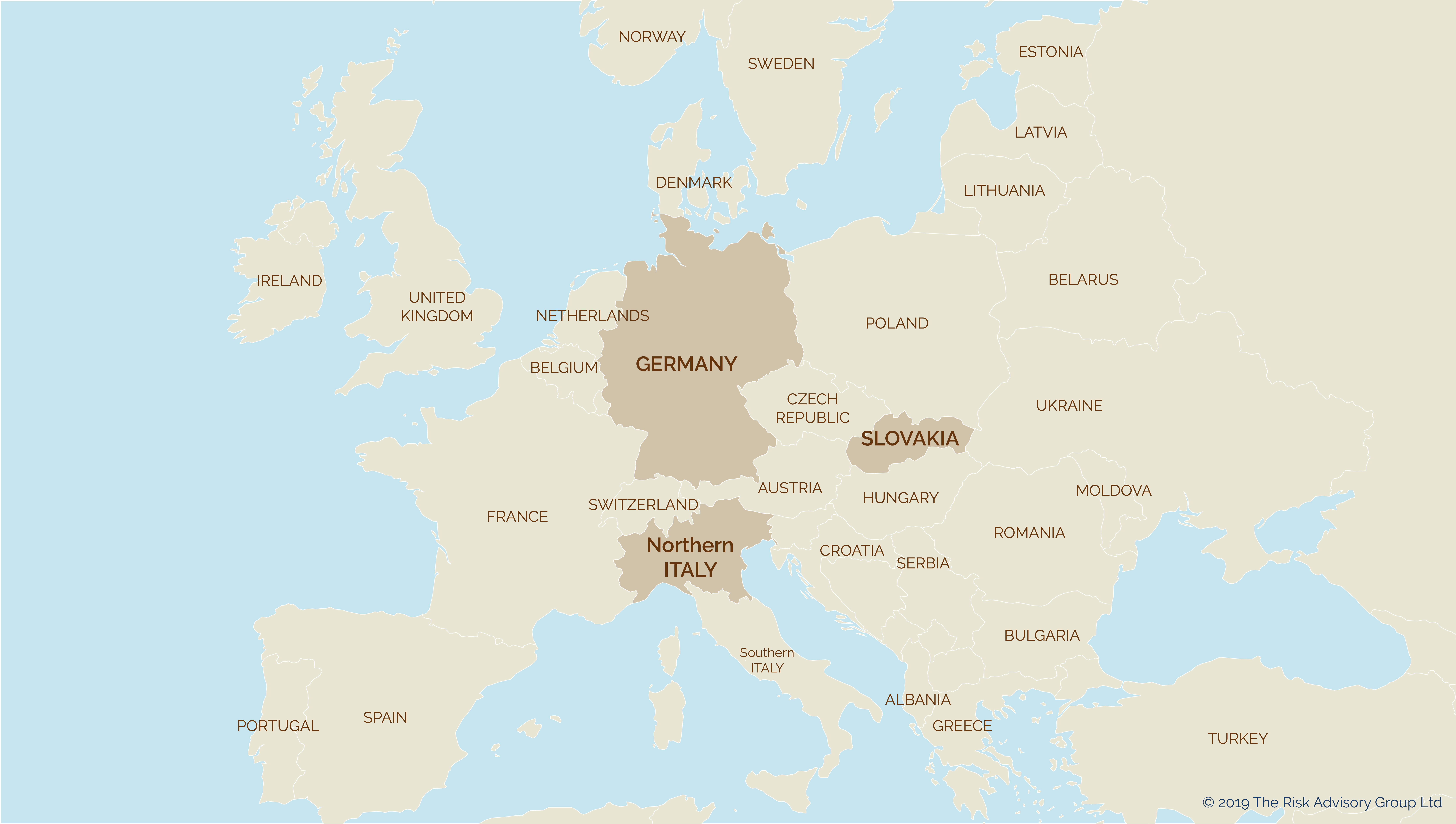 In 2007, six members of the ‘Ndrangheta – Italy’s most powerful mafia organisation – were murdered outside a restaurant in the German city of Duisburg, an event now known as the Duisburg massacre. Subsequent investigations found that the murders were the result of a dispute between two rival ‘Ndrangheta clans. More recently, in December 2018 around 90 members of the same organisation were arrested in the German state of North Rhine-Westphalia. They had allegedly purchased restaurants, ice cream parlours, and other properties in the region in order to launder the proceeds of their drug smuggling business.

In Slovakia, it was the February 2018 murder of investigative journalist Ján Kuciak that prompted public concern over the infiltration of the Italian mafia in Slovak business and politics. At the time of his death, Kuciak had been writing an article (subsequently published posthumously) on the ‘Ndrangheta’s entrance into the Slovak agricultural sector, its fraudulent use of European Union subsidies, and the high-level relationships that its members had cultivated with government officials in Slovakia. The journalist’s murder prompted widespread protests and led to the resignation of Slovakia’s prime minister, Robert Fico, and his deputy.

Germany and Slovakia both provide chilling case studies of the mafia’s infiltration outside of Italy. However, they are certainly not the only examples. On the contrary, the infiltration of Italian organised crime groups is a pan-European risk that affects businesses and industries across the continent. In order to address the nuanced challenges it brings, European institutions must continue to focus on capacity building, addressing prosecutorial deficiencies, and ensuring greater cross-border cooperation between judicial authorities. A greater awareness among the European business community that the mafia’s tentacles reach far beyond Southern Italy would also be a good start.

¹The term mafia ecompasses a series of heterogenous criminal groups from Southern Italy. The largest organisations are the Calabrian ‘Ndrangheta, the Sicilian Cosa Nostra and the Neapolitan Camorra, which differ in their methods, internal organisation and preferred economic sectors.