The Luanda Leaks and Angola’s pursuit of Isabel dos Santos 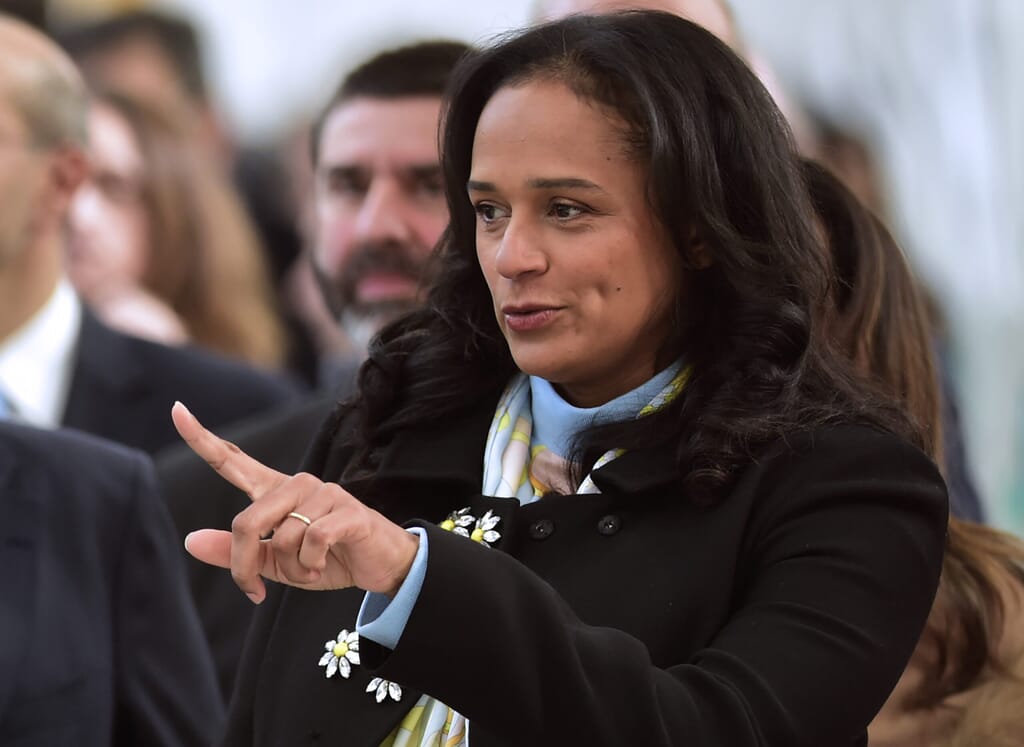 As Isabel dos Santos comes under greater pressure from authorities in Angola, we examine what impact any action taken against her will have on the business environment in the country.

As each week goes by there seems to be another dramatic development in the Isabel dos Santos (‘dos Santos’) saga. Once lauded on the front pages as Africa’s first female billionaire, dos Santos is now having her fortune scrutinised more than ever before by authorities in Angola and Portugal. We have already begun to see cracks emerge in her business empire. Many are asking what effect action taken against dos Santos and her companies will have on businesses both in Angola and elsewhere.

In what was once an unthinkable move, at the end of last year Angolan authorities froze dos Santos’ local bank accounts and assets, including her large stakes in telecommunications company Unitel and bank, Banco de Fomento Angola (‘BFA’). She is also currently a suspect in a criminal investigation in Angola for alleged misappropriation of funds and mismanagement during her time leading Angola’s oil parastatal Sonangol. Any significant action taken against dos Santos could have a detrimental effect on not only the Angolan economy but also the lives of thousands of Angolans. Her companies are still some of the biggest employers and taxpayers in the country, employing over 20,000 people and having contributed over $200 million in tax revenue.

The sheer importance of dos Santos’ businesses to the Angolan economy may well turn out to be their saving grace. Angolan President João Lourenço (‘Lourenço’), who replaced dos Santos’s father José Eduardo dos Santos as president in mid-2017, is under increasing pressure to revive and diversify the Angolan economy, which continues to be overly dependent on oil sector revenue for foreign currency reserves. The economy is expected to enter a fourth consecutive year of recession, with some believing that the pursuit of individuals such as dos Santos has been a smokescreen to distract from Angola’s economic woes. Lourenço now faces the dilemma of whether to follow through with the pursuit of dos Santos, who embodies the nepotism that took place under President dos Santos, or risk worsening the economic situation that the country is facing.

However, significant action against dos Santos and her businesses may be exactly what the Angolan economy needs to create a more level playing field. One of the key issues preventing greater competition in the Angolan economy has been the virtual monopolies that those close to former President dos Santos were able to enjoy in many key and lucrative industries. Since the election of Lourenço we have begun seeing interesting developments in such sectors, particularly in diamonds and telecommunications, as a means of trying to boost competition. For example, in March 2020 Angolan authorities invited US-backed telecoms group Africell to submit a formal bid to become Angola’s third active mobile telecoms operator, a sector in which dos Santos’ Unitel has a monopolistic market share of over 70 percent.

In a similar vein, we saw how the previous dos Santos administration controlled the diamond sector with a marketing model through which only eight ‘preferential buyers’ were able to sell Angolan stones. In practice, the sale of diamonds was even more concentrated; the last five years of dos Santos’ presidency saw three companies linked to dos Santos acquire over 50 percent of diamonds from state-owned diamond marketer Sodiam. There are also claims that Sodiam was ordered by dos Santos to sell diamonds below market value to companies linked to dos Santos. Dos Santos’ privileged access to Angolan diamonds, however, came to an end in 2018. Lourenço, seeing how the previous system had damaged state coffers, implemented a more transparent diamond trading policy and now over 120 companies can bid for Sodiam diamonds.

Individuals and entities in Angola now have a more robust regulatory and judicial framework to adhere to regarding issues such as corruption and money laundering, with greater scrutiny of politically exposed persons. As part of Lourenço’s anti-corruption drive, Law 5/20 was passed in early-2020, which expands the reach of previous anti-corruption and money laundering laws. The new law, among other things, expands the definition of beneficial ownership and stipulates that there must be greater scrutiny and due diligence conducted on those who are politically exposed. The law also introduces a new penal framework for those found guilty of money laundering, which now carries a maximum prison sentence of eight years.

Increased scrutiny of dos Santos will also have an impact on the business environment in Portugal, where she owns significant stakes in leading entities in the banking, multimedia, engineering and energy sectors. Following a request by their Angolan counterparts, in February 2020 Portuguese authorities froze dozens of her corporate and personal bank accounts, which will not only affect her ability to recapitalise her Angolan business interests but also the ability of her companies to pay salaries and taxes in Portugal. She has already agreed to sell her stakes in some of these entities, however, Portuguese authorities will likely freeze the proceeds of any interests sold in Portugal.

Beyond Portugal and Angola, the Luanda Leaks, combined with previous large-scale leaks, will have authorities across the world assessing if enough is being done to address the misuse of offshore entities. Leaked documents show how dos Santos’s used offshore companies to benefit from preferential access to state assets and avoid paying significant sums in taxes. Additionally, leaked emails appear to show how dos Santos’ employees shopped around to choose an offshore service provider that they believed would conduct less-thorough ‘Know Your Customer’ checks (KYC) and ask fewer questions regarding her source of wealth.

It remains to be seen whether dos Santos will ultimately face any significant action against her in Angola or elsewhere. Since Lourenço was elected, we have seen Angolan authorities treat dos Santos cronies in very different ways. At one end of the spectrum, former Minister for Transport Augusto Tomás is currently serving an eight-year prison sentence for corruption. This is in complete contrast to the treatment of former Vice President and Sonangol chief Manuel Vicente, who is widely viewed as having been central to the dos Santos patronage system. Vicente was being investigated in Portugal for alleged corruption and money laundering, however, Lourenço lobbied on Vicente’s behalf, which saw the investigation being handed over to Angolan authorities in mid-2018. There have since been no significant developments in the investigation, to the contrary, Vicente is now widely considered to be acting as an unofficial advisor for Lourenço.

In February 2020, Lourenço stated that no one would be afforded preferential treatment in his fight against corruption in Angola. He added that there would be no negotiations to reach a compromise with those who allegedly took assets out of the country illegally. A compromise with the return of certain assets, however, is the likely outcome of the dispute between dos Santos and Angolan authorities. Even though last year the US pledged to grant Angola $2 million to assist in its fight against money laundering, it is hard to see how authorities will be able to beat dos Santos, with her hot-shot lawyers and reputation managers. Angolan authorities will surely be dreading the prospect of a dragged-out legal process.

Whether Angolan authorities take significant action against dos Santos or not, it is clear that previously unimaginable changes are already taking place in the country. If the previous decades-long presidency of José Eduardo dos Santos afforded those doing business in Angola anything it was a degree of stability. Since Lourenço’s election there have been bold steps made by Angolan authorities to go some way in addressing previous wrongs and increasing the attractiveness of Angola for investors. Actionable insights into the dynamic business and political environments and recent developments are as vital as ever for those wishing to take advantage of business opportunities in Angola.