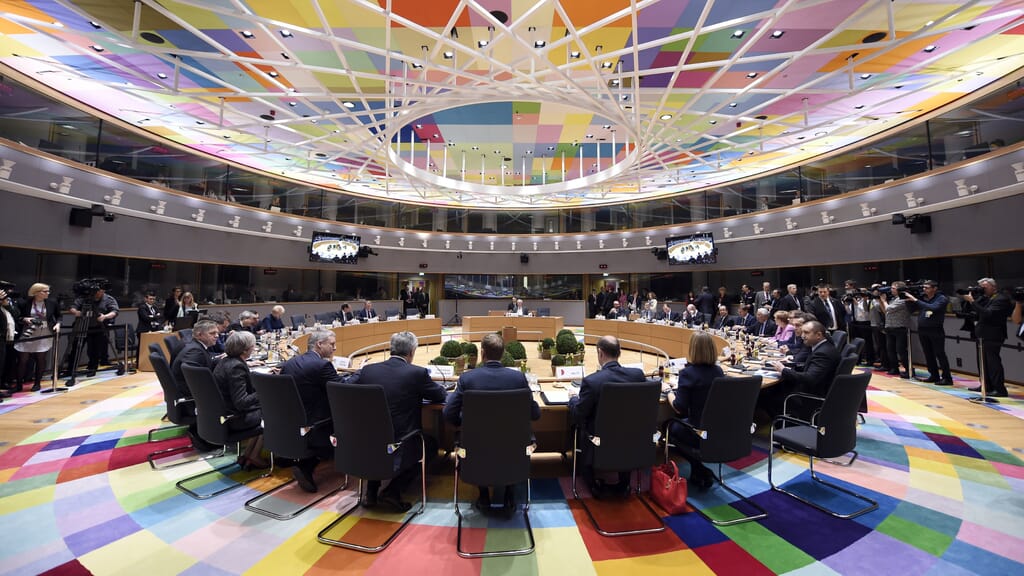 Without a perceived threat of EU enlargement, we anticipate that Russia will focus on disrupting and dividing key states such as Spain, France, Germany, Italy and Poland.

We anticipate that Russia will increasingly spread disinformation in key member states of the EU in 2020 rather than in third countries attempting to join the bloc. The EU’s rejection of the membership bids of North Macedonia and Albania in late 2019 marks a shift to a greater inward focus for the bloc. Without a perceived threat of EU enlargement, we anticipate that Russia will focus on disrupting and dividing key states such as Spain, France, Germany, Italy and Poland.

The double bid rejection suggests the EU will focus on unity among its existing members rather than attracting new ones in 2020. This approach will most likely create opportunities for Russia to exploit existing societal divisions in the western Balkans, which had previously been a focus for EU expansion. Specifically, an increase in social media messaging around EU exclusivity and hostility is likely, in an effort to portray the bloc as an unsuitable partner. Such activity is already prevalent but will probably gain greater traction now that the EU appears disinterested in new members.

We think that Russia will see the EU’s apparent shift towards consolidation as just as much of a threat as expansion, but one that requires a slightly different response. The Kremlin uses information operations, among other measures, to distract the bloc from forming a coherent policy towards Russia. Beyond sanctions over the annexation of Crimea in 2014, the EU’s policy towards Russia has been disjointed. And there is a greater chance that the bloc will find a common strategy if the emphasis is on internal unity rather than expansion.

The mass deportation of Russian intelligence officers following the attempted murder of a Russian spy in Salisbury in 2018 was an indication of what the EU, albeit led by the UK, can achieve under a coherent policy towards Russia. With this in mind, we anticipate that the Kremlin will now to a greater extent use information operations against major EU members to amplify narratives in public discourse and distract policy-makers within the bloc from forming a consistent or at least unified strategy against Russia.

France, Germany, Italy, Spain and Poland are countries to watch for an increase in such activity. Based on precedent, particularly in the US, disinformation is most effective when amplifying existing tensions or divisions, rather than trying to create new ones. And in the absence of broad pro-Russia sentiment in these countries, we think the Kremlin and its proxy actors will focus on exacerbating divisive issues and disrupting policy-making. We have set out several opportunities and triggers for this below amid a probable recession on the continent this year.

The French government’s planned austerity measures this year are a major fault line that Russia will probably try to exploit. Large-scale protests have already taken place across the country in recent months. But pro-Russia social media accounts and media outlets are likely to push specific grievances online to build public anger and momentum behind the demonstrations. Past examples of these efforts include exaggerating and flooding social media with stories of police brutality during the gilets jaunes protests.

There appear to be some political motives for Russia in exacerbating protest movements and perceptions of unrest in France. Marine Le Pen, the head of the far-right National Rally Party, has been gaining popularity on the back of the demonstrations against President Macron’s reforms plans. Le Pen has previously criticised EU sanctions on Russia and has allegedly accepted Russian funding for her party. We anticipate that the Kremlin will amplify anti-immigration sentiment in the French press to boost her support ahead of a presidential election in 2022.

The Kremlin is also likely to try to accelerate protests around Catalan independence in 2020. The issue presents opportunities for Russia to spread disinformation and so exacerbate government, and by extension EU, concern around it. Spain is already investigating potential Russian involvement in the illegal referendum there in 2017. Anger among supporters of independence over the proposed extradition of Carles Puigdemont next year means that fake news around the issue would probably gain traction online.

In Germany, a growing split between the SDP and its CDU/CSU coalition partner will probably provide Russia with an opportunity to disrupt the usually stable political scene there. The failure of the CDU-CSU to establish its leader, Annegret Kramp-Karrenbauer, as a credible successor to Angela Merkel is a probable trigger for the SDP to pull out of the government. As such, Russian state-run media outlets are likely to strive to discredit the leader, either with fake news stories or pushing existing narratives around her unsuitability for the role.

With Italy likely to slip into recession this year, the governing coalition will face major challenges to unity. The Lega party and Fratelli D’Italia, both right-wing parties allegedly with financial ties to Russia, stand to benefit from government collapse. This would probably bring Matteo Salvini, head of Lega, into office. Like Marine Le Pen in France, he has often called for the lifting of sanctions against Russia. Disagreements within the coalition over how to address economic instability will probably be a key target for Russian information operations this year.

Russia will potentially also push anti-establishment narratives in Poland to accelerate a perception in the EU that the government is sliding into authoritarianism. The governing PiS party has often clashed with the bloc over civil rights, and we anticipate further spats next year. Messaging that portrays Russia as a suitable partner is unlikely to gain much traction with the population. But disinformation around EU economic policies would probably help amplify negative attitudes to the bloc, particularly among Polish farmers.

Alongside its national-level disinformation efforts, the Kremlin will probably seek to amplify prevailing political issues to divert EU policy-makers. Environmental activism, a probable recession and Chinese economic and technological influence are likely to be the predominant public demands on EU policy-makers next year. Given that these issues are already contentious, pro-Russia media outlets will probably push narratives that portray the EU as failing on these issues in an effort to undermine public support in the bloc.

We think that Russia will increasingly see leaking official and commercial data and information into the public domain as an effective tactic to change the conversation around divisive topics in 2020. Reddit, a social network, has suggested that the Kremlin was behind a leaked US-UK trade document in December on its site. Such actions carry an added benefit for the Kremlin because it can often rely on Western media to attribute this activity to Russia, reinforcing the perception that it is meddling in European politics.

We think that Russia will increasingly see leaking official and commercial data and information into the public domain as an effective tactic to change the conversation around divisive topics in 2020. Reddit, a social network, has suggested that the Kremlin was behind a leaked US-UK trade document in December on its site. Such actions carry an added benefit for the Kremlin because it can often rely on Western media to attribute this activity to Russia, reinforcing the perception that it is meddling in European politics.

Much of Russian foreign policy, of which disinformation campaigns in Europe are a key tactic, appears to be geared towards portraying the country as a global player equal to the US. The comparison is flawed economically and militarily. But it plays well at home for President Putin, who has taken credit for what he sees as returning Russia’s great power status. Punitive US and EU sanctions have been the price to pay for this. An end to these measures before the president’s term is up in 2024 would underscore the criticality of his leadership as succession looms.