Russia | Can Russia re-emerge as a top FDI destination? 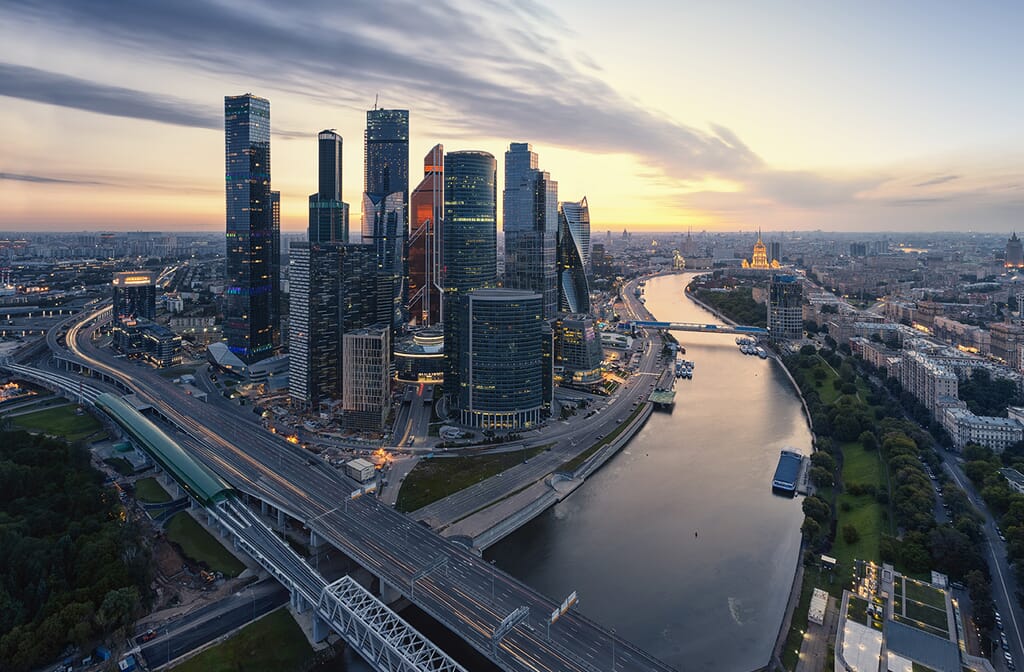 All in all, there is a growing realisation both in the West and in Russia that the political conflict needs to be de-escalated, and that geopolitical interests and sensitivities must be mutually resolved and coordinated.

Until 2014 Russia attracted foreign direct investment across many industries. These investments slowed down during the global recession of 2008-09 but quickly recovered. They continued despite the growing political rift between Russia and the West over NATO’s actual and potential expansion toward Russia’s borders. The notorious Yukos affair and the Magnitsky case hit Russia’s international reputation but had little real impact on international interest in the Russian market. Two strategic factors helped Russia, and remain of great importance now: it is rich in natural resources (in fact, richer than most estimates), and it has a domestic market of 140 million people. Incomes were growing, the middle and wealthy classes were expanding, and consumer demand helped to drive growth.

It all changed in 2014 when the Ukrainian Maidan revolution overthrew President Viktor Yanukovych (one year before the scheduled election which he seemed bound to lose). The revolution stoked Russian concern about Ukraine’s prospective NATO membership and, in the more immediate sense, about the security of its naval base in Sevastopol. Russia then moved an unofficial private mercenary army supported by professional special forces into Crimea to bloodlessly take over the Ukrainian military and the security and law enforcement structures. It quickly organised a referendum in which the peninsula’s predominantly Russian and Russia-leaning inhabitants, tired of 23 years of neglect by Kiev governments, voted to join the Russian Federation. The Crimea annexation, as it is internationally regarded, outraged Western governments and led to the introduction of economic sanctions. The downing of a Malaysian airliner by Russia-supported rebels in eastern Ukraine east using Russian equipment later in the same year (albeit denied by Russia) exacerbated the damaged relations. Meanwhile, oil prices fell in the summer of 2014, the rouble significantly depreciated, and consumer purchasing power fell.

The Kremlin had knowingly put Russia’s geopolitical interests above its economic ones and had deliberately driven the country into political self-isolation. Foreign direct investment practically dried up – and not only because of economic conditions: multinational corporate boardrooms genuinely feared that the US and other Western governments would pressure companies to sever links with Russia should relations further deteriorate.

Donald Trump’s surprise victory in the US presidential race in November 2016, raised hopes that US-Russian relations would begin to normalise soon after Trump’s inauguration in January 2017. Rumours circulated that a draft executive order softening the Donbass-related sectoral sanctions had been prepared for Trump’s signature. If this had happened, it would have forced the EU, with its significantly closer economic ties with Russia, to test its own resilience to pressures by European businesses – large and small – to review the European sanctions.

None of this took place because accusations surfaced that Russia had interfered in the US elections by hacking into the Democratic Party’s servers. Trump’s choice for national security advisor, the Russia-friendly Michael Flynn, was forced to resign following revelations of pre-election contacts with Russian officials. Then other officials in the new administration chose to express at least formal allegiance to Russian containment policies (Nikki Haley, the new US ambassador to the UN recently said, “we should never trust Russia”). So, Trump’s hands now seem to be tied and no accelerated rapprochement with Russia is on the horizon.

Political sources in Russia tell us that, despite these setbacks, the Russian leadership is now experiencing less pressure from the US and Europe than it did before. We hear that work continues on the prospective Trump-Putin meeting. And it was leaked that Secretary of State Rex Tillerson is planning a visit to Russia in April. Putin has also invited Chancellor Angela Merkel and President Frank Walter Steinmeier to visit Russia in the same month. The latter, when German foreign minister, was one of the main authors and proponents of the Minsk II agreement. A visit by the Japanese prime minister, Shinzo Abe, is also said to be on the cards.

In certain areas – notably Syria – the Russian and US militaries have started talking to each other for the first time since 2014. The US, Russian and Turkish chiefs of staff met in Turkey on 7 March to discuss their respective operations against Islamist terrorists, while carefully avoiding words like ‘coordination’ or suggestions of ‘division of areas of responsibility’ (something that Flynn had advocated for several years). But such understanding is effectively required, as well as some sharing of information, to avoid conflicts and ultimately to win the war against Islamic State.

At home, Russia now thinks it has weathered the economic crisis. The most recent economic data available for January 2017 shows that economic indicators are improving, with industrial production growing by 2.3 per cent per annum and real wages growing by 3.1 per cent. Real disposable incomes increased for the first time since October 2014 at 8.1 per cent per annum. The decline in retail trade turnover moderated to 2.3% per annum.

The government has used its rainy day funds, accumulated when oil prices were high, to recapitalise the state-owned banks whose access to all but short-term foreign funding was restricted by the sanctions. A portion of these funds has been used to support the real sector. Oil prices, despite the recent fall, are for now at a level well above that at which the Russian Ministry of Finance can balance the budget.

The World Bank expects the Russian economy to grow by 1.5 per cent in 2017, 1.7 per cent in 2018 and 1.8 per cent in 2019. The Russian government, however, knows that this would be too sluggish. Putin commissioned two independent groups – the Centre for Strategic Research led by ex-finance minister Alexei Kudrin, and the Stolypin Club run by some leading Russian industrialists – to produce proposals for acceleration of growth. While the two competing proposals are based on different principles (Kudrin’s is neoclassical while the Stolypin Club’s is neo-Keynesian), both emphasise incentives for foreign direct investments and a restart to political relations with the West.

Three areas where above average growth is expected are import substitution, localisation and non-oil and gas exports. These areas are interconnected.

Post-Soviet Russia has traditionally exported oil and gas and imported almost everything else. It is now making an effort to re-launch some of its production potential – from locally made parts for foreign-owned car assembly plants, such as Volkswagen in Kaluga, to oil well drilling equipment. The most noticeable success story is agriculture which grew steadily at 3.5 per cent in both 2015 and 2016. Last year Russia became the world’s largest exporter of wheat, outperforming the United States and knocking it from the top spot it has occupied for 50 years.

Russian producers have been helped by the embargo on the most popular food imports from the US and the EU and from other countries which have joined their sanctions. Now Miratorg, Russia’s largest meat producer and the only one certified by the American Angus Association, is discussing with a number of French companies the prospects for exports of Russian chicken and beef to France in exchange for French technologies. Miratorg already exports beef to the Middle East.

Even though Miratorg is the country’s largest, it faces competition from six or seven other large regional producers and a number of smaller ones, one of which is run by John Kopiski a British former metals trader turned farmer who produces both dairy products and beef at his farm in Vladimir Oblast near Moscow. Lactalis, one of France’s largest dairy companies produces Russian brie near Tula under the same President brand it uses in France.

Meanwhile, Moscow’s restaurant scene is booming and restaurants using locally sourced ingredients hold the lead: White Rabbit, TWINS and Honest Kitchen have all been included in the World’s Best 100 Restaurants rated by the British Restaurant magazine, with White Rabbit in 18th spot.

Localisation is driven by both stick and carrot. The stick is particularly noticeable in the pharmaceutical and medical equipment sectors. As the absolute majority of hospitals in Russia are state-owned and many critical drugs and healthcare services are subsidized by the state, the government has introduced restrictions on state purchases of imported drugs and equipment. Some of these restrictions have already taken effect while others will be introduced over time in order to allow international companies to open local plants.

The carrot is the rouble devaluation and the resulting cheapness of the Russian workforce. This has boosted growth in non-oil-and-gas related sectors. Exports of Russian-made tyres grew by 26 per cent in 2016. They are expected to continue growing in 2017 which will mean a 10 per cent growth in total production. The largest Russian tyre plants are owned by Nokian Tyres, Michelin, Continental and Yokohama – and Bridgestone opened its Russian plant late last year. The tyres are exported to the producers’ home markets – Europe, in particular.

For me, as a Russian national, it is particularly important that Western investment is gradually changing the business environment in Russia – particularly, in regard to the compliance and anti-corruption culture. The resumption of growth offers hope that we will see an increase in FDI, resulting in further development of business ethics and integrity, and, eventually, a change in the Russian attitude to these themes.

All in all, there is a growing realisation both in the West and in Russia that the political conflict needs to be de-escalated, and that geopolitical interests and sensitivities must be mutually resolved and coordinated. I am therefore moderately optimistic that the risk to foreign investment in Russia from geopolitical confrontation may soon gradually reduce and Russia will once again become a top FDI destination.