Prospects for reform in South Africa: Can Ramaphoria survive the party?

Cyril Ramaphosa began his first full term as president of South Africa in May. Respected internationally as a business-friendly leader, he inherited a country in need of reform. In the first quarter of 2019, the country’s economy shrank by over three percent, while its bonds hover perilously above junk status. In this article, Huw Charles and Charlie Cox examine some of the challenges his administration faces.

When Cyril Ramaphosa replaced Jacob Zuma as South Africa’s president in February 2018, his appointment was met with a tide of optimism. The trade union leader turned businessman is South Africa’s best salesperson internationally. He has been widely praised as offering a business-friendly alternative to the mismanagement of the Zuma administration – a famed negotiator willing and able to take the tough decisions needed to reform South Africa. As one senior Western diplomat in Pretoria recently put it, Ramaphosa is seen by many as South Africa’s ‘last best hope’.

But, in South Africa especially, it’s important to look beyond the president to the party he leads. Whatever Ramaphosa’s virtues, he faces significant – if not intractable – obstacles to reform within the ANC (African National Congress). The new president may set a better tone, but, in charge of the same deeply-divided party, he is by no means a panacea.

Ramaphosa’s majority in the ANC is wafer thin. He won the party’s presidency by less than 200 (out of almost 5,000) votes in December 2017, and his opponents continue to occupy powerful positions in its national executive. His administration, which won a new mandate in May, is constrained by policy decisions made at that party conference. More generally, it will struggle to implement policies that the party opposes, given the importance of consensus-based decision-making in the ANC.

The recent dispute over the central bank is indicative of the policy battles to come. The ANC wants to nationalise South Africa’s central bank, the South African Reserve Bank (SARB), which is currently owned by a series of individual and institutional investors. Some in the party also want to change the bank’s mandate. At the beginning of June, the ANC’s secretary-general, Ace Magashule, announced that the party’s national executive committee had agreed to expand SARB’s mandate to target employment and growth, as well as inflation (more bizarrely, he also stated that the party wanted the government to consider quantitative easing for ‘developmental purposes’). In response, Ramaphosa’s hawkish finance minister, Tito Mboweni, tweeted simply ‘government sets the mandate for SARB’. Ramaphosa has stepped into the dispute to reiterate that the SARB’s mandate is enshrined in the constitution and that the government will not, for the time being, seek to amend that. His justification is that the current economic situation in South Africa does not permit the reforms that the party is demanding.

While Ramaphosa ostensibly stood up to Magashule on SARB, in reality he merely bought time before he tackles the issue head on. The plans outlined by Magashule were agreed in the ANC’s election manifesto and are unlikely to be shelved by the party anytime soon. Moreover, Ramaphosa felt repercussions from Magashule almost immediately: the ANC secretary-general appointing several controversial allies to head influential parliamentary committees. Not only do some of these appointments (namely, that of  Bongani Bongo, who faces charges related to state capture) threaten Cyril’s promise to ‘clean up’ the ANC, they could present serious obstacles to his policy objectives.

Land reform is another politically-charged example. The importance of the land issue was reflected in Ramaphosa’s recent State of the Union address, which he opened with reference to the notorious 1913 Natives Land Act. But while the ANC has pushed for land expropriation without compensation, Ramaphosa has so far pursued a more conciliatory line. Recognising the dangers of being seen to undermine existing property rights, Ramaphosa has sought to minimise the economic consequences of a land redistribution policy. So far his administration has fudged the issue – proposing expropriation that is limited to unused land only, as well as the transfer of some state-owned land. This is unlikely to satisfy the party’s populist faction, who favour comprehensive redistributive measures. In a sign of the divisiveness of the land issue, even the panel that was drawn up to advise Ramaphosa has been unable to reach agreement on the best way to proceed.

Eskom: what’s worse, the pain or the hangover?

Ramaphosa will find it just as difficult to reform Eskom, South Africa’s beleaguered and heavily-indebted power utility. Even though the ANC does not have a clear policy on the state-owned enterprise, Ramaphosa will struggle to win support for the cost-cutting measures needed to address what is a potential existential threat to government finances.

The economic case for retrenchment at Eskom is clear. A 2016 World Bank study found that utility is overstaffed by up to 66 percent. The utility’s government-guaranteed debt sits at around R440 billion (about £24 billion), according to its most recent statistics, representing a major contingent liability on the government’s balance sheet. Eskom’s government-guaranteed debt represents six percent of GDP, or just under ten percent of South Africa’s total public debt.

However, the political argument will be far harder to win in a country where formal unemployment is at almost at 30 percent, a 16-year high. Retrenchment will also jeopardise Ramaphosa’s relationship with the ANC’s two main alliance partners: his former union COSATU and the South African Communist Party. Both are – perhaps paradoxically – some of the president’s strongest supporters within the governing alliance.

Ramaphosa’s flagship plan for Eskom carefully skirts this thorny political debate. He plans to restructure the company into three separate businesses, focused on generation, transmission and distribution. Even this policy generated union backlash, forcing Ramaphosa to promise in February that the proposed restructuring wouldn’t lead to job losses. In his recent State of the Union address, Ramaphosa remained vague on the issue.

If anyone can persuade the unions that they need to accept the pain of retrenchment now to avoid the potentially dire consequences of Eskom’s collapse, it’s Ramaphosa. But he has limited political capital, and will have to pick his battles on these key issues.

In regard to other SOEs, Ramaphosa may have to settle for the privatisation South Africa’s flag carrier, SAA. The loss-making airline’s debt pile is far smaller than Eskom’s, but its privatisation is politically easier. It employs fewer people than Eskom, and primarily serves South Africa’s upper and middle classes. The populist wing of the ANC will find it difficult to object to removing state backing for a company that offers services that are too expensive for its main supporters. While transport SOE Transnet may have been heavily implicated in state capture allegations, it has remained profitable and relatively debt-light.

Although Ramaphosa replaced Zuma as the country’s president over a year ago, this is his first ‘clean’ mandate. The first year of his administration will be crucial. He won’t get a better chance to stamp his authority on a party that cannot yet credibly recall him. There’s certainly no guarantee that he will enjoy a second-term effect. The ANC has now set a clear precedent of removing presidents before they complete their second term. Zuma’s supporters are already looking ahead to the stage when they can do to Ramaphosa what he did to the former president.

Legally, Ramaphosa is not beholden to his party. South Africa’s constitution grants the president significant executive power. But exploiting it would break with the ANC’s tradition of consensus-based collective decision-making. It would be a major step, and would risk splitting the party irrevocably.

Ramaphosa is fundamentally a pragmatist rather than an ideologue. He is unlikely to risk his presidency over a policy debate that he knows he can’t win. Instead, he will seek to adapt to popular and party sentiment, addressing issues as and when it becomes politically acceptable to do so. This means that his reform agenda is hard to predict with any certainty. But what is for certain is that, given the constraints he faces, reforms will have to be piecemeal. He has plenty of issues to choose from, and limited political capital to spend.

Meanwhile, the various commissions of inquiry established by Ramaphosa to investigate alleged corruption at state institutions under his predecessor rumble on. A range of actors has so far been implicated, including some of the major players in the South African business landscape. Severe capacity constraints means the threat of prosecution in relation to these allegations is distant. However, the potential for reputational harm from information turned up during the course of these investigations remains real, putting a premium on timely and accurate business intelligence. 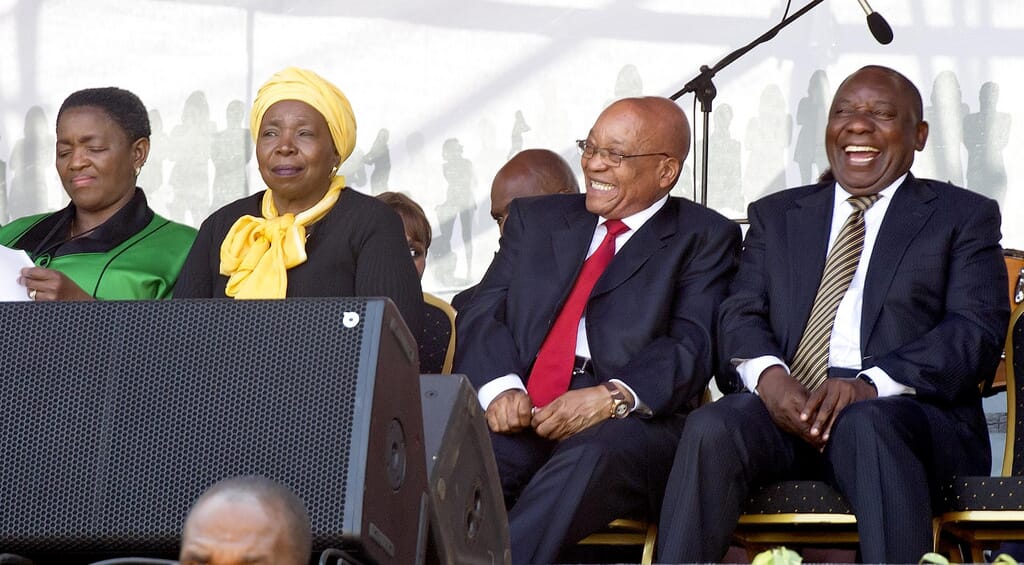 Podcast | South Africa: The ANC Transition and its Investment Implications