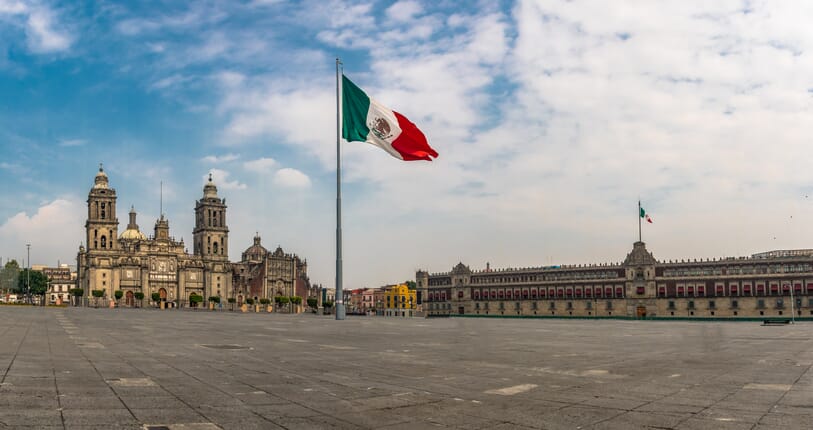 Mexico’s recent licensing rounds were undoubtedly a success. Executed in a professional and transparent fashion, a range of energy companies committed to invest. For those that have secured acreage however, the above-ground challenges are just beginning.

Mexico’s successful energy reforms represent a big opportunity for the country’s oilfield services sector. International investors now have local content obligations to meet and are keen to forge good relationships in local Mexican communities. As importantly, the domestic services companies have valuable knowledge of the local terrain: for decades, Pemex, the national oil company, subcontracted extensively to domestic Mexican firms. It was lucrative work: significant discoveries in the 1970s and a soaring oil price spawned a myriad indigenous oil service companies offering a range of drilling, engineering, fabrication and subsea services. In the wake of the licensing rounds, they are now offering their services to the international operators, many of whom will be working in Mexico for the first time.

The good news is that the ambient level of technical competence in the sector is comparatively high; Mexico has a proud engineering tradition and many of the bigger companies have been operating successfully for more than 30 years.

But some of these companies are bound to cause compliance headaches. In large part, that’s because of their legacy relationships with Pemex. For the last 50 years the national oil company was effectively the industry’s sole customer. And former Pemex employees either own or manage many of the dominant firms in the sector. Not surprisingly, within this cosy network of friends and former colleagues, it was standard practice to pay bribes to Pemex officials to secure contracts, expedite permit processes, and to curry favor with politicians and government officials.

There are other challenges too. Many of the domestic service companies are family-owned and managed. In practice, this means they can be insular businesses, often with informal management styles and less-than-robust attitudes to corporate governance. For some, even the notion of anti-corruption compliance will take some getting used to; their businesses have largely been built on informal, personal relationships with Pemex officials. In their eyes, those connections are a selling point, not a compliance red flag.

Many of these factors came to a head in the well-documented Oceanografía corruption scandal. Established in the 1960s, the company was an installation and maintenance contractor. Family-owned, it relied almost exclusively on Pemex for work. The family elders all had strong political connections.

Oceanografía enjoyed rapid growth during the two successive National Action Party (PAN) administrations that held office between 2000 and 2012. Throughout this period, the Mexican press repeatedly flagged the connections between PAN officials and Oceanografía. There were also several federal audits into government contract awards to the company.

Nevertheless, the firm continued to grow, eventually becoming one of Pemex’s largest contractors. That was until early 2014, when a federal review was launched which temporarily banned Oceanografía from contracting with Pemex. In turn, the Pemex ban prompted Citigroup to conduct its own investigation into loans it had made to Oceanografia; it uncovered a $400 million invoicing fraud orchestrated by the company.

The fallout has been significant: Oceanografia no longer trades and its former CEO is awaiting trial on fraud charges. The warning signals in the case could come straight from an FCPA compliance manual: rapid growth underpinned by sole-sourced government contracts, close personal relationships with government officials, repeated federal audits and investigations, and frequent rumors of corruption in the local press. The case has become required reading for anyone working in the Mexican energy sector.

But amid all of these gloomy warnings, there are several reasons to be optimistic about the future. Perhaps the biggest is that Pemex is changing: recent reforms have begun to translate into wholesale changes at the national oil company. It has a new board which has already taken meaningful steps to improve compliance procedures. In particular, Pemex has created a single procurement division that reports directly to the CEO. This replaces a system whereby individual departments were responsible for their own procurement; a breeding ground for corruption.

Progress is also being driven by a regulatory landscape which is moving in a positive direction. In July 2016 the National Anti-Corruption System passed into law. The legislation is arguably the most sweeping package of anti-corruption reforms ever enacted in Mexico. Built upon the 2012 Federal Law Against Corruption in Public Procurement, it promises severe sanctions for misconduct on both individuals and corporations.

Positive cultural changes are also visible in some of the local service companies themselves. Control is gradually being ceded to younger generations of the family, many of whom have been educated and trained abroad and are more familiar with US and European business practices. They understand that establishing robust anti-corruption programs and demonstrating a willingness to apply them properly, can give them a strong competitive advantage when dealing with international customers.

Finally, pressure is being applied by foreign investors. Private equity firms in particular, have invested heavily throughout Mexico’s energy value chain. BlackRock, for example, has made substantial commitments to oilfield service companies and midstream ventures have seen investment from other well-regarded firms including Riverstone, First Reserve and KKR. Together, these new shareholders should be a catalyst in changing attitudes and behaviors around anti-corruption.

Collectively, all of these developments are creating a fundamental shift in the compliance culture in Mexico’s domestic oilfield services industry. Clearly, wholesale change will take time in an industry that was for decades closed to foreign investment and has deeply entrenched business practices. However, awareness of anti-corruption compliance is nonetheless increasing and international companies should have growing confidence as they look to engage with local service providers in Mexico.

This is the first article in a three part series addressing the main compliance and security challenges facing energy companies in Mexico. In the next installment, Pierre Le Goff will discuss security issues. The series will conclude with a webinar discussion.