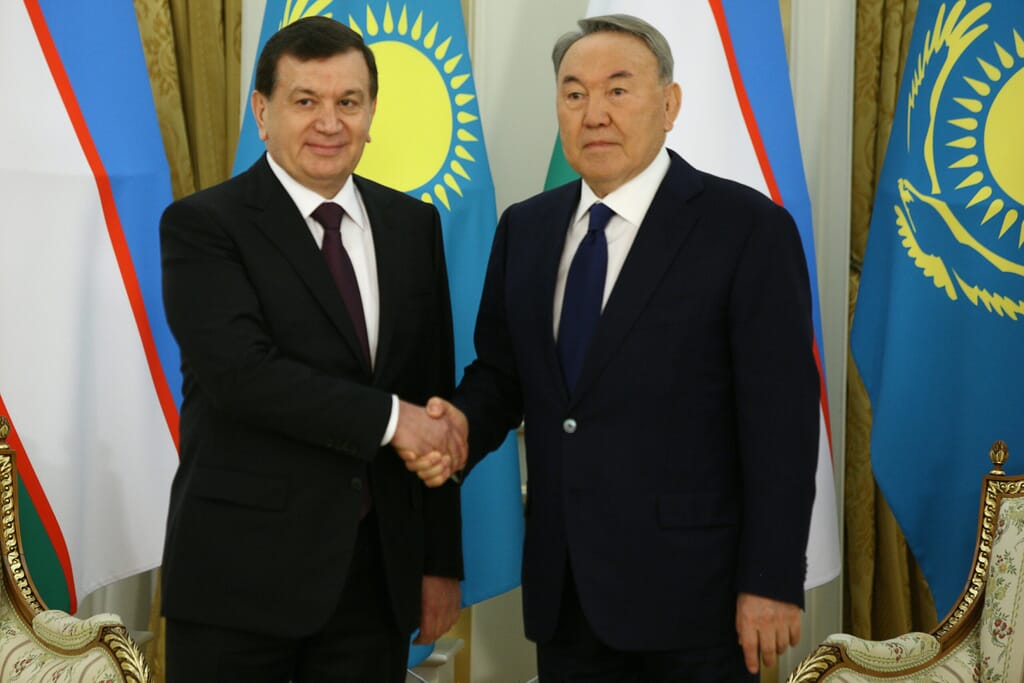 The economies of Kazakhstan and Uzbekistan both stand to benefit if their goals are even partially realised. The attainability of these goals will depend not only on the introduction of reforms and a stated desire to collaborate with credible advisors, but also on the willingness of the countries' governments to tackle questions which have long stifled their growth.

Kazakhstan and Uzbekistan have reached a pivotal moment in their economic development. As the two most important economies in Central Asia, both countries attracted significant amounts of foreign investment after the breakup of the Soviet Union in 1991. Kazakhstan outperformed Uzbekistan in terms of foreign direct investment in the 2000s, receiving $10 billion annually, six times the amount invested in the Uzbek economy.

Kazakhstan attracted massive investment from international oil majors in the 1990s. Its oil and gas reserves were deliberately neglected by the Soviet Union in favour of easier-to-access deposits in Western Siberia and elsewhere. Their development by independent Kazakhstan led to an unprecedented economic boom in Central Asia. Investment in construction, real estate and industry followed, and production of coal, nickel and other minerals also skyrocketed. While the country is only nominally a democracy, it is widely considered to be one of the most open and competitive Central Asian economies. Kazakhstan was among the first post-Soviet countries to conduct fundamental economic reforms. For example, its banking sector during the early 2000s was considered by many observers to be the most advanced in the Commonwealth of Independent States (CIS).

The fortunes of Uzbekistan were much less auspicious than those of Kazakhstan after the breakup of the Soviet Union. President Islam Karimov was primarily concerned about stability and did not initiate any major economic reforms. While food processing and distribution and textiles were to some extent liberalized, the state’s continued control over the financial and banking sectors deterred much foreign investment. This led to the state assuming the role of chief financier of Uzbek businesses, a model which stands in contrast to that of Kazakhstan, where the government’s comparatively liberal economic policies led to inflows of debt and private equity financing from companies in the US, Europe and China.

During the 2000s, in the throes of an economic crisis, Karimov further tightened the state’s grip on the economy. He launched politically-motivated attacks on wealthy entrepreneurs, many of whom were forced to flee the country. These measures proved to be counterproductive and soon backfired, resulting in prolonged stagnation in Uzbekistan.

Changing of the guard in Uzbekistan

The death of Karimov in 2016 changed the picture. His replacement, Shavkat Mirziyoyev, a former prime minister and Karimov ally, made waves in December 2016 when he announced that he would remove barriers to investment in the Uzbek economy and work to alleviate the corruption and human rights abuses which characterised the Karimov years.

In September 2017 Mirziyoyev made good on his promise and removed currency exchange restrictions which had hindered investors from moving money out of the country. This had been a primary obstacle to investment in the Uzbek economy, albeit not the only one. Since late 2017, the government has been working on a new tax code in cooperation with several international organisations including the World Bank and the European Bank for Reconstruction and Development.

Mirziyoyev has also taken steps to improve the image of the country on a regional and global level.  For example, he has abolished the visa requirement for Tajik citizens. On a global level, Uzbekistan has pledged to eliminate the use of forced labour in cotton production. An integral part of this process will be the continuation of the already started privatisation of cotton-producing land, an initiative supported by the World Bank, the International Labour Organisation and several European governments.

Uzbekistan’s economy remained unreformed and under-invested for more than a decade. Undoubtedly Mirziyoyev has a long road of reform road ahead, with many obstacles in his way. But his track record to date has been encouraging. He has shown himself to be a committed reformer and determined to transform Uzbekistan’s economy.

Much has already been written about the growth of the Kazakh economy over the past 25 years. Notable has been the country’s willingness to reform several of its key industries, welcome foreign investment from the US, Europe and China, and promote comparatively high standards of transparency and corporate governance. Some large state-controlled and private Kazakh companies have even conducted IPOs internationally.

However, enthusiasm surrounding Kazakhstan has dampened in the past few years. Much of this can be explained by the 2014-2017 slump in global commodities prices and the failure of the Kazakh government to deliver on its promised privatisation plans. However, the government’s stated commitment to diversify the economy, the introduction of new subsoil legislation and other steps may have a positive effect.

Diversification of the economy has been discussed since the independent country first began to develop its oil and gas industry in the 1990s. There are significant foundations on which to build. Firstly the country has immense amounts of arable and pasture land suitable for agriculture and livestock – also ideal conditions for both wind and solar energy. Secondly it has some of the largest reserves of minerals in the world. In each of these areas, the government has taken steps to promote diversification and there has been no shortage of positive, supportive rhetoric.

Realities of the road forward

The economies of Kazakhstan and Uzbekistan both stand to benefit if their goals are even partially realised. The attainability of these goals will depend not only on the introduction of reforms and a stated desire to collaborate with credible advisors, but also on the willingness of the countries’ governments to tackle questions which have long stifled their growth.

In Kazakhstan, some of the greatest opportunities – the privatisation of its most valuable companies, the modernisation of its mining sector and the diversification of the economy –  are also some of the areas most susceptible to corruption and cronyism. For privatisation to draw and keep the attention of international investors, clear guidelines which set out the rules of the game (including how and where they will be enforced)  are required.

There must be no room given for preferential treatment to figures close to the administration to carve out segments of the economy before their competitors. The same questions apply to the mining sector. While several international mining companies have expressed support for the initiative, it is unlikely that many of them will launch or expand operations in Kazakhstan without greater certainty related to local content or human capital requirements.

For industries like renewable energy, at the core of the Kazakh government’s diversification initiative, the pro-diversification national government must standardise policy and procedure in the less populous regions where renewable potential is greatest. Streamlining the process and increasing the quality of human capital in these regions will lead to more efficient negotiations and licensing processes and reduce, if not eliminate, frequent complaints about corruption and asymmetries in policy between Astana and more rural areas of Kazakhstan.

In Uzbekistan, opportunity is palpable and optimism is high. But as the government begins to implement its reform agenda, there will likely be disagreements and conflicts when the optimism of the future runs into the entrenched interests and realities of the past. To maximise the effectiveness of the reform program, the government will be obliged to find a way through, rather than around, these interests, negotiating compromises in some areas and refusing to compromise in others.

In mining, for example, the Uzbek government will likely be faced with the challenge of balancing the interests of historically prominent political partners in Russia and China, with pressure from European and US companies who have in the past been unwilling or unable to be involved in the sector. The Uzbek government’s commitment (or lack thereof) to confronting entrenched interests and implementing reforms that may be unpopular to these interests and, at times, to the general population, will be closely watched by potential investors in its economy.