Is Israel China's wildcard in the US-China standoff? 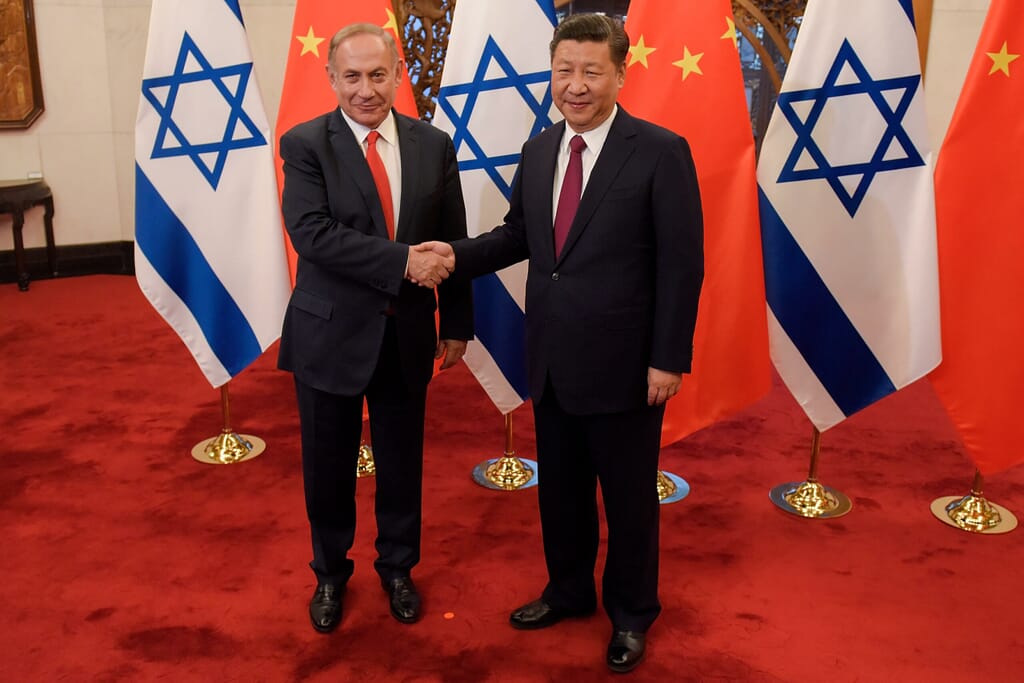 Few leaders have curried as much favour with President Trump as Israeli Prime Minister Benjamin Netanyahu. But behind the scenes, there is growing concern in the US about Israel’s relationship with China.

The US’s unease is mostly attributed to increasing Chinese investment in Israel’s tech and infrastructure industries, which the US views as an indicator of an emerging geopolitical partnership between the two countries.

At a time of heightened tension between the US and China, the question then becomes: can Israel walk the fine line between encouraging Chinese investment and maintaining US support?

In recent times, one of the weakest points in the US-Israel relationship was in 2000, when the US demanded Israel cancel the sale of the Phalcon Airborne Early Warning System to China. Another blemish was in 2005, when the US again requested that Israel refuse to upgrade the technology supporting HARPY unmanned aerial vehicles, which had been originally sold to China in the 1990s.

These occasions notwithstanding, Chinese investment into Israel's civilian tech industry, have continuously increased, which has caused considerable concern in the US. This is especially true of firms operating in sensitive areas such as cybersecurity, energy or mobility. In January of this year, Dan Shapiro, the former ambassador of the US to Israel, warned that Chinese-owned Israeli firms may find it difficult to enter the US market. This is a problem for the sector in Israel at large: by some estimates, Chinese shareholders hold equity in as many as 25 percent of all Israeli tech companies. And in the past five years alone, Chinese investors poured some $1.5 billion into approximately 300 Israeli ventures.*

Chinese investment has since expanded beyond the tech industry, edging towards strategic infrastructure.  Recently, the authorities in Haifa granted a Chinese-owned company a 25-year licence to operate a new terminal at its seaport. That prompted the US Senate to include a veiled warning against the Israeli government in a major spending bill. The Senate bill cites ‘serious security concerns’ about Haifa’s decision, chiefly because the new terminal is close to a dock used by the US Navy’s sixth fleet.

And yet the China-Israel relationship has continued to strengthen. In 2017, the two countries announced a ‘Comprehensive Innovation Partnership,’ which seeks to strengthen bilateral relations through cooperation in the clean energy, technology, agriculture and financial services sectors, among others. Only Switzerland has a similar agreement with China at this time.

China also increasingly views Israel as an invaluable ally and a key component of its emerging Middle East strategy. Sources close to Israel’s foreign ministry assess that China, despite its outward protestations to the contrary, has aspirations of supplanting the US as the strongest foreign geopolitical presence in the Middle East. A strengthening relationship with Israel is certainly a harbinger of this ambition, even if China has refrained from promoting Israel to a full-fledged geopolitical partner due to the ongoing Israel-Palestine conflict – and inevitable US influence and interference.

Elections are due in Israel in September 2019 and the US in 2020. Whatever the outcomes, Chinese investments in Israeli firms will likely come under closer scrutiny by US authorities. This has real implications for foreign investors looking to buy into Israeli firms. They should ensure they have a comprehensive understanding of their target’s ownership structure to identify and assess the risk profile of any possible Chinese shareholders, especially if these are ultimately state-owned. This is because the US intelligence community believes that through these entities the Chinese government may install backdoors into devices and services that allow it to spy on foreign citizens and companies.

If tensions between the US and China escalate further, the notion alone that – at some point – Chinese owners had control over the design and development of an Israeli-made device or service may mean that it faces restrictions in entering the US market.

*According to IVC Online, a local provider of business information on tech companies.