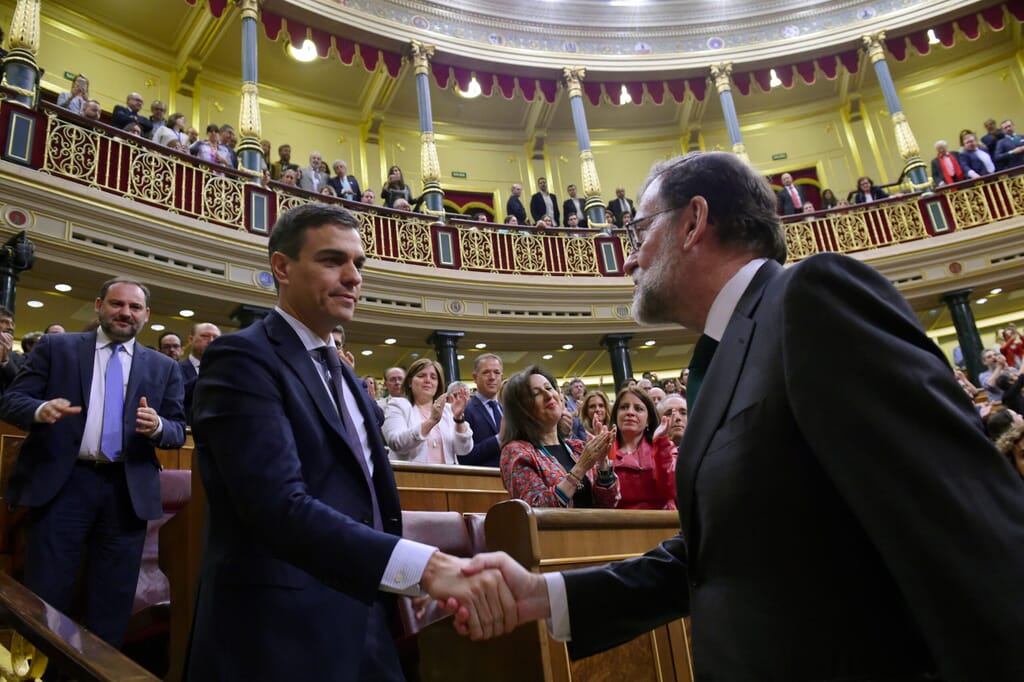 The last few years have seen several investigations touch ruling elites in the highest echelons of the Spanish state. The so-called Gürtel case, and several other interconnected investigations, have destabilised the political establishment with revelations that the ruling Partido Popular (PP) party had used an undeclared slush fund to finance its campaigns; and that numerous PP officials were involved in kickback schemes.

Much of this corruption has taken place in the context of public procurement. Several major Spanish companies with a long history of winning tenders – like Indra Sistemas and Obrascon – have come into the limelight during these corruption probes. The military technology giant Indra Sistemas reportedly made cash payments on behalf of the PP in exchange for inflated contracts from the municipality of Madrid. While construction conglomerate Obrascón Huarte Lain is under investigation on allegations of making payments to the PP leadership in exchange for contracts.

As the corruption probes have continued to grow in momentum, the political pressure on the PP government became unsustainable. In June 2018, Mariano Rajoy, the leader of the ruling Partido Popular, was ousted in a vote of no confidence. The motion was brought in parliament on the basis that the government had lost credibility as a direct consequence of the corruption probes. In the process, the PP was replaced in government by the Spanish Socialist Workers’ Party (PSOE), with 46-year-old former economics professor, Pedro Sánchez, taking up the premiership. The PSOE has already laid out an anti-corruption agenda and – in a sign of a greater degree of accountability in Spanish politics – the newly appointed minister of culture resigned after only one week in the job following allegations of tax evasion some ten years prior.

The change of leadership has taken place at a time when the judiciary appears to be showing more determination too. For instance, 29 people were convicted under the remit of the Gürtel case in May 2018, including several PP officials; while 40 people are still to stand trial, including Rajoy himself. The current king of Spain’s brother-in-law is serving a six year prison sentence on charges of corruption, fraud, embezzlement and tax evasion, having turned himself over to the authorities in June 2018. While corruption appears to be widespread, people are increasingly being held to account.

Despite these positive signs, there are reasons for continued wariness. The Spanish judiciary has long been closely linked to the major political parties with judges often appointed based on perceived political loyalties. One of the corruption investigations discovered that private companies with links to the PP were also making payments to members of the Madrid judiciary to gain influence. It also remains to be seen whether the PSOE can stay untainted by its own brushes with corruption. The party’s wing in Andalucia – where it has a political stronghold – has two former regional presidents currently on trial for alleged involvement in a kickback scheme while in office. Should this result in indictments, further probes into the rest of the party may ensue. Spain has inherited many corrupt institutions from the Franco era, some of which are still transitioning from that legacy.

All of that said, Spain’s political climate has taken an unfamiliar turn with its focus on rooting out corruption at all levels of government. The effect of this will, hopefully, be to encourage a greater degree of accountability and transparency in the public and private sectors. While much work remains to be done, it seems there is room for cautious optimism. The Spanish parliament has, in essence, purged itself of a corrupt ruling party, and held it to account. And a country that is willing and able to shed light on such practices has a more promising future than one which chooses to leave them in the dark.