Corruption in the time of coronavirus 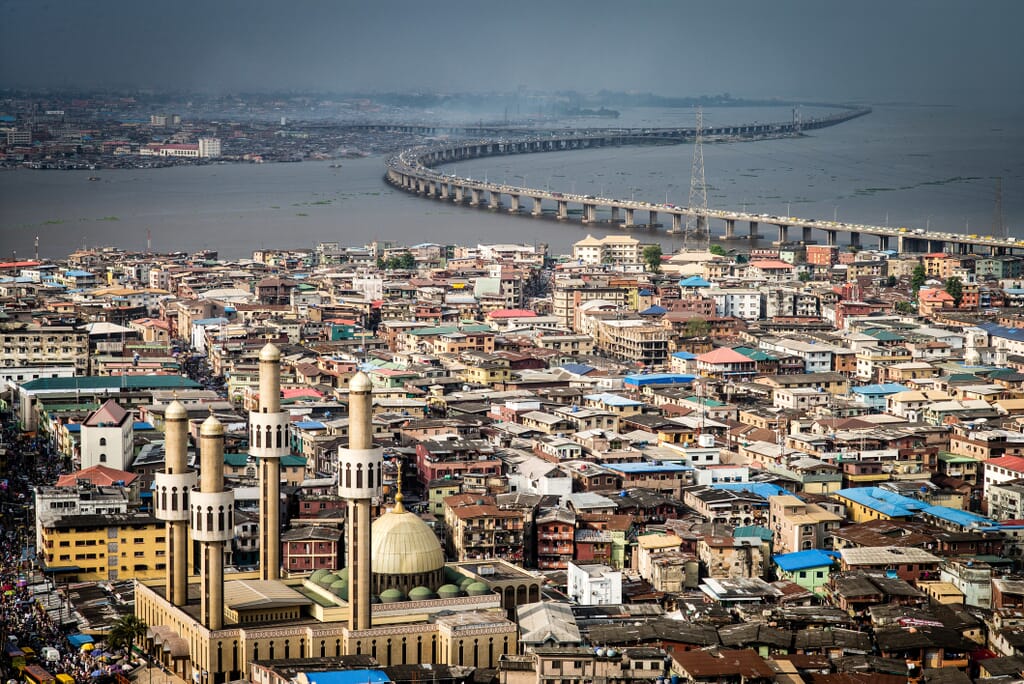 How will the coronavirus crisis affect the prevalence of bribery and corruption in emerging markets? Will this crisis create a set of FCPA (Foreign Corrupt Practices Act) landmines for emerging markets investors once the business environment begins to return to normal? We discuss why the reality may be far more positive.

In developed economies, the received wisdom is that the coronavirus pandemic will increase the prevalence of bribery and corruption. In April 2020, the Organisation for Economic Co-operation and Development’s Working Group on Bribery issued a warning that the pandemic could create environments ‘ripe for corruption’. A number of law firms have issued statements and thought pieces making similar arguments.

This received wisdom is based on the argument that coronavirus – and the unique economic conditions it has created – provide new opportunities for corruption. Disrupted supply chains, emergency public procurement and shortages of key equipment will increase the incentives for wrongdoing, while disaggregated working environments will make it more difficult to detect suspicious activity. Or at least so the reasoning goes.

In emerging markets, where corruption is sadly often more deeply embedded in everyday economic activity, the received wisdom misses the bigger picture. While many features of this pandemic are unprecedented, we shouldn’t forget that it has brought with it a much more familiar phenomenon – recession. And recessions in emerging markets tend to reduce rather than increase the incentives for corruption.

Yes, there will be particular circumstances where the pandemic will create new incentives for corruption. But, overall, corruption in emerging markets tends to be procyclical (increasing in booms, and decreasing in recessions). This is because the primary drivers of corruption in emerging markets – licence acquisition and public procurement – are procyclical. The incentives to engage in bribery in either licence acquisition or public procurement decrease during recessions. 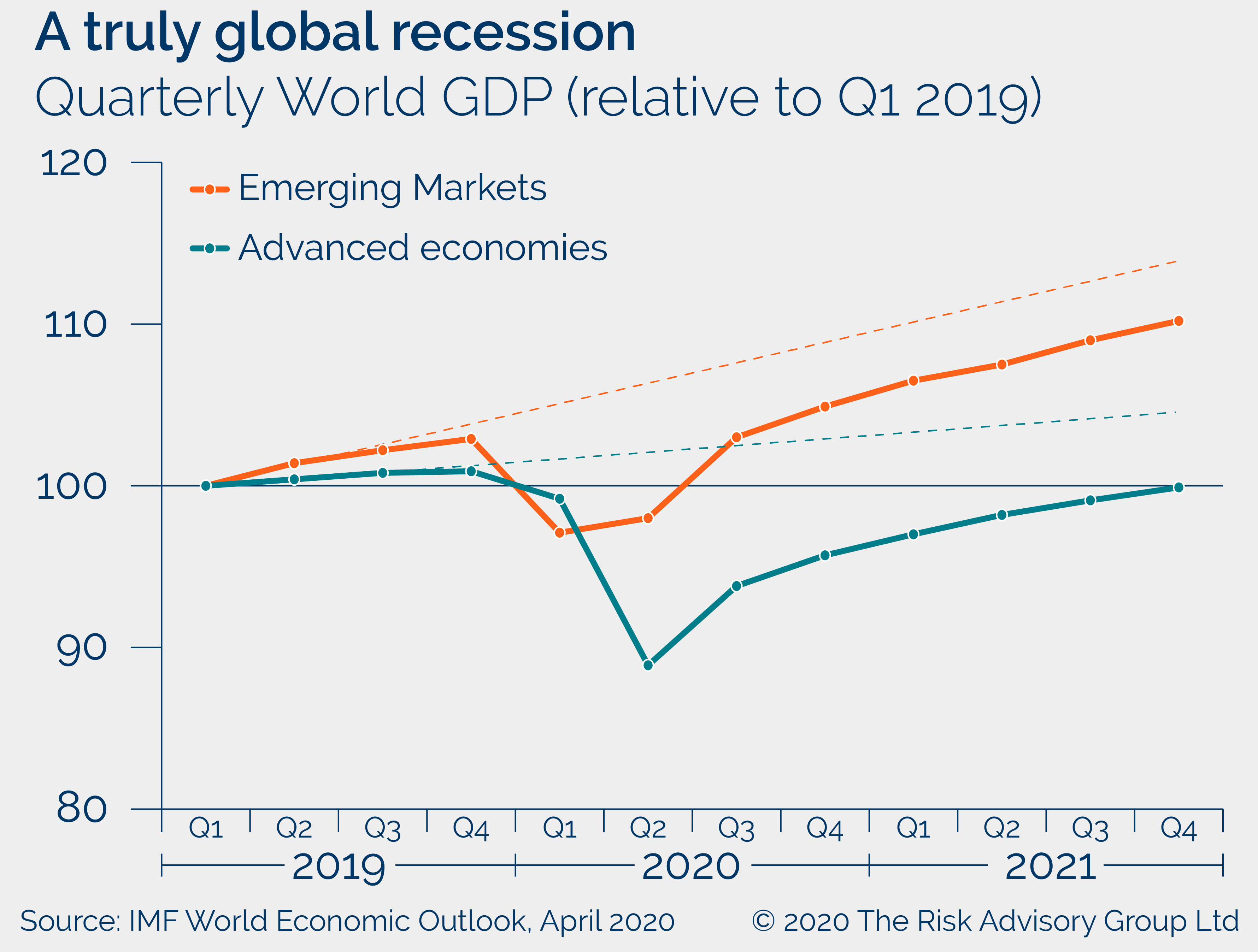 Corruption is procyclical in emerging markets

To see this point, consider the rewards that incentivise businesspeople to bribe government officials. In the case of licence acquisition, they pay bribes to officials to secure privileged access to markets where competition is otherwise restricted and supernormal profits are all but guaranteed. Similarly, in the case of public procurement, they bribe officials to secure lucrative government contracts, sometimes at inflated prices. On the other side of the same coin, government officials and their associates extract rent by ‘charging’ businesspeople for privileged market access or contracts, by demanding bribes to approve a licence or contract award.

During a recession, the benefits of privileged market access decrease. Depressed consumer and industrial demand reduces the profits from monopoly positions in restricted markets. There’s much less value in being the only game in town when demand for your product plummets. Nowhere is this more obvious than the politically exposed oil sector, which is a pillar of many emerging economies. Why bribe officials to be the government’s recommended local partner for exploration and production or logistics when the price of crude is at historic lows, and new investment has all but disappeared? But the same logic applies to the domestic market. What’s the value of holding, for example, a cement monopoly in a market where construction has halted and predicted future growth is feeble or negative?

The benefits of being first in line for government contracts are reduced in a recession too. While advanced economies have had the luxury of implementing major fiscal stimulus programmes in response to the pandemic, government expenditure is procyclical in emerging markets. In fact, it decreases substantially in recessions (see graph below). Budget-constrained emerging market governments are forced to cut expenditure in response to falling tax and commodity earnings. At the same time, recessions reduce demand for emerging market governments’ debt, limiting their ability to finance countercyclical expenditure with borrowing. This is especially true for the significant number of low- and middle-income countries that came into this crisis with a high risk of debt distress, including Ethiopia, Ghana, Mozambique, Zambia and the Republic of Congo. Belt-tightening necessitates reductions in public expenditure. The result is fewer and less-valuable government contracts.

Data from 100 countries (the 21 founding OECD members and 79 emerging markets) between 1960 and 2014. A number above 0 indicates a positive correlation, i.e. that government spending is procyclical. The average correlation for emerging markets is 0.21, compared to -0.23  for advanced economies.

Like other criminal activities, bribery is risky. Businesspeople and officials who engage in corruption run the risk of being caught and punished, both by law enforcement agencies and in the court of public opinion. When deciding whether to offer/pay/demand/accept a bribe, each party has to determine whether the benefits outweigh these risks.

So have the risks of corruption changed in emerging markets changed? Here the answer is less clear. While those choosing to engage in corruption may now run a lower risk of being caught, the costs of being caught have also increased.

The pandemic has arguably decreased the probability that corrupt activity will be detected, at least when it comes to government procurement. Expedited public spending on emergency items weakens procurement practices. In emerging markets, where electronically available public records are often limited, lockdowns make oversight more difficult. Legislators, law enforcement agencies, the press and civil society groups will struggle to access the documentation necessary to scrutinise public procurement. As a result, it will be more difficult to identify, investigate and prosecute wrongdoing.

However, this may be offset by the cost of being caught, which will likely increase. Public outrage at businesspeople and officials exploiting the pandemic for profit will put pressure on governments and the judiciary to punish offenders as severely as possible. Those suspected of profiteering from a public health crisis will face significant reputational damage, even in nations where citizens have become inured to corruption allegations involving their leaders.

The pandemic’s effects on the disincentives for corruption are therefore ambiguous. By contrast, the pandemic – and the global recession it has caused – has unambiguously reduced the benefits of corruption in emerging markets.

A rising tide that doesn’t lift all boats

A reduction in corruption in emerging markets might be one of the few silver linings of the coronavirus pandemic. But it would be a mistake to assume that this trend applies to every potential counterparty. While the overall risk is decreasing, certain people and businesses will find themselves in positions where they suddenly stand to gain significantly from corruption. Nowhere is this more obvious than in the healthcare sector.

In an environment where the overall risk of corruption is decreasing, but the risks for a specific counterparty may have risen substantially, it’s critical to adopt a risk-based approach when evaluating potential counterparties. There is significant value in clearly identifying and evaluating high-risk partners with thorough diligence.

Nor will this always be straightforward. Businesses in emerging markets are agile – they rapidly enter new sectors in search of profitable opportunities. Since these new business lines will often leave no trace in the public record, on-the-ground human intelligence insights will be more important than ever. With travel to new markets out of the question, these insights will have to come from pre-existing networks.

If these issues are of concern to your organisation and you would like to discuss how we can assist, please contact us.