Angola's oil could actually be the DR Congo's. Here's why it isn't. 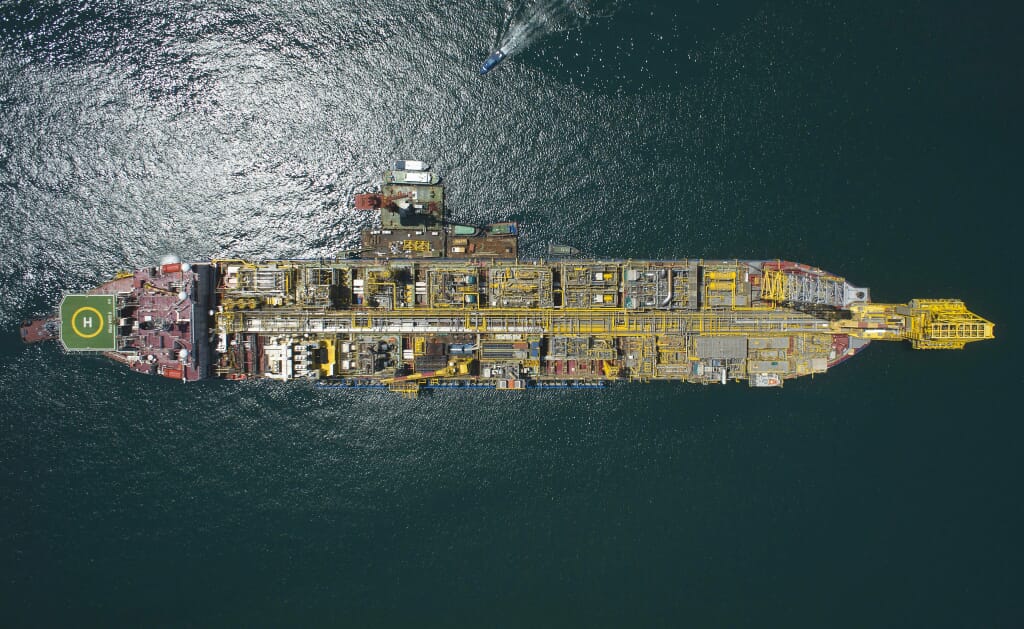 About half of the oil being produced by Angola is in Congolese waters, according to the UN convention that defines maritime borders.

Angola’s politics lives off oil. The natural resource amounts for nearly 40 percent of GDP and 75 percent of government revenues. It has brought foreign investment and friends, and fed corrupt elites. Angola is one of the world’s largest oil producers.

The Democratic Republic of Congo (DRC), to Angola’s north, does not rely on oil. It only produces from some tiny fields off its diminutive coast and has yet to exploit potentially large reserves in the interior. The DRC is not oil-rich.

And yet, legally, the opposite could be true. Under the UN Convention that governs which strips of sea belong to which countries, the DRC could legitimately lay claim to enormous oil fields currently held by Angola. It could argue that reserves responsible for about half of Angola’s production are actually in Congolese waters and become one of Africa’s largest oil producers overnight.

So why hasn’t it? We explored this question in a recent paper. This is what we found:

The story of the oil fields off Angola and the DRC’s coasts goes back to when offshore drilling first began in the 1970s. At the time, the waters were assumed to be Angolan but the importance of potential discoveries was not lost of President Mobutu Sese Seko of then Zaire who came up with a plan to win rights to the oil fields.

Firstly, he provided support to several armed groups who were fighting in the Angolan civil war such as UNITA, FNLA and FLEC. If they proved victorious, they would hand over Cabinda – an oil-rich exclave on the coast – and its waters to Zaire in return. He then doubled up on this strategy by instituting a law in 1974 that defined maritime borders in such a way as to ensure Cabinda’s waters would include its offshore reserves.

But the gamble failed completely. The armed groups Mobutu was backing were defeated. And to make matters worse, the method by which Zaire had decided to regulate its waters meant that – without being granted Cabinda – it was left with just a tiny triangle of maritime territory close to the coast. At the time, this was not too significant as it was not possible to drill far offshore. But from the mid-1980s, the technology improved significantly. Oil companies began drilling deeper into waters further and further out.

The UN Convention on the Law of the Sea (UNCLOS), signed in 1982, provided Mobutu another chance. This law defined maritime borders as lines perpendicular to the coast in contrast to Mobutu’s 1974 law, which drew sea borders along the same trajectory as land borders. According to UNCLOS, the country’s waters extend 200 nautical miles into the Atlantic Ocean. But while Mobutu ratified the convention, he had neither the capacity nor the inclination to do anything about it. Zaire’s economy was collapsing and would soon descend into civil war.

After his fall, Mobutu was succeeded as president by Laurent-Desiré Kabila (1997-2001) and then Joseph Kabila (2001-2019). Like their predecessor, neither father nor son was able to fully assert the DRC’s claims to the lucrative oil fields. The key reason for this was their reliance on, and fear of, Angola.

Angola is the DRC’s “most important” neighbour and its support was crucial to both the defeat of Mobutu in the First Congo War and the survival of the Kabilas in the Second Congo War. If Angola could make kings in the DRC, however, it could also unmake them. This fact strongly dissuaded the Kabila regimes from trying to claim Angola’s oil.

The two countries did discuss it, though, coming up with the Joint Interest Zone (JIZ) in 2004. Under this false compromise, Angola and the DRC agreed to share maritime rights and resources, but only over a fraction of the territory the latter could claim and in a less productive area. Under this proposal, Angola made no significant concessions, while the DRC gained little. The deal also undermined the DRC’s ability to make any larger claims.

This explains why the government in Kinshasa delayed signing it until after elections in 2007 when it desperately needed both money and Angolan support amid high government debt and low copper prices. In the words of a senior official involved in negotiating with Angola at the time, “the government was asking itself how to gain the necessary money to pay off international debt and how to develop the country economically. The possibility was raised of exploiting hydrocarbons. Thus emerged the JIZ.”

Our research also suggests Angolan officials used bribes to prevent the DRC making more assertive claims over the oil. According to one interviewee, they “put [Congolese officials] to sleep with money and other things so that the dossier never finishes”.

Money also sealed the deal through less secretive means. For example, the JIZ agreement also included the provision of oil rights to a company called Nessergy. This outfit, closely connected to friends of the Kabila regime, promptly sold on these rights for three hundred times the original price. More generally, the JIZ deal was closely controlled by President Kabila. Negotiations were led by the president’s inner circle rather than the relevant government institutions. Moreover, sources involved in the talks told us that the DRC’s representatives asked for payments from Angola to be paid in cash. Angola’s then president José Eduardo Dos Santos allegedly responded to this request by saying transfers should be made through banks, not “in sacks”.

Since then, the DRC has neither kept quiet about its rights to the oil nor fully asserted its claims. Instead, officials have maintained a pattern of noisy but ineffectual action, periodically raising the idea of joint exploitation or exclusive rights.

In 2009, a variety of Congolese government officials and parliamentarians even passed legislation regarding the DRC’s claims to the oil fields. President Kabila went along with these efforts for a while and signed a law that laid claim to the disputed zone. But the issue was then hushed up and the legislation sat unused. Many legislators we spoke to deny the law exists.

How to explain this contradictory behaviour? Again, it all ties to Angola’s backing of the regime. It seems that President Kabila calculated that while claiming the oilfields would scupper Angola’s support of him, keeping quiet would not necessarily ensure it. Another president could be just as compliant. Showing Angola what Congolese policy might be – for example if the regime were to lose the 2011 elections – may have been Kabila’s way of safeguarding Angola’s backing. He balanced applying pressure on his powerful neighbour while avoiding truly jeopardising relations.

For its part, Angola reaffirmed the risks the DRC would be opening itself up to if it did pursue its claims. In response to this and other disputes, it has expelled Congolese citizens from the country as its troops have started popping up in Congolese towns.

Will the DRC ever claim the oilfields?

Despite the fact it could become one of Africa’s largest oil-producers overnight, there is little chance the DRC will ever take control of its maritime territory as defined under international law or even reach a fair compromise. Its dependence on its neighbour makes the prospect of upsetting Angola too risky.

At the same time, the Angolan government will likely continue to offer cash – either individually in envelopes or through more official channels – to discourage any potential Congolese action on the matter. In recent years, Angola has reduced its security role in the DRC, especially under President João Lourenço. But as its hard-nosed policy against Cabindan separatists shows, Angola will continue to protect its core interests by any means necessary.

The current DRC government is simply not strong enough to take on its neighbour and, despite Felix Tshisekedi becoming president earlier this year, the DRC’s political landscape has not shifted radically. Kabila and his allies retain significant control and old dynamics remain. As President Tshisekedi courts Angola for support now too, he will be just as unwilling to anger his southern neighbours as his predecessors.

Patrick Edmond is an Associate in Risk Advisory's Business Intelligence & Investigations Africa practice. He conducts due diligence and strategic investigations across industries in Africa.

This article was first published in African Arguments and can be found here. 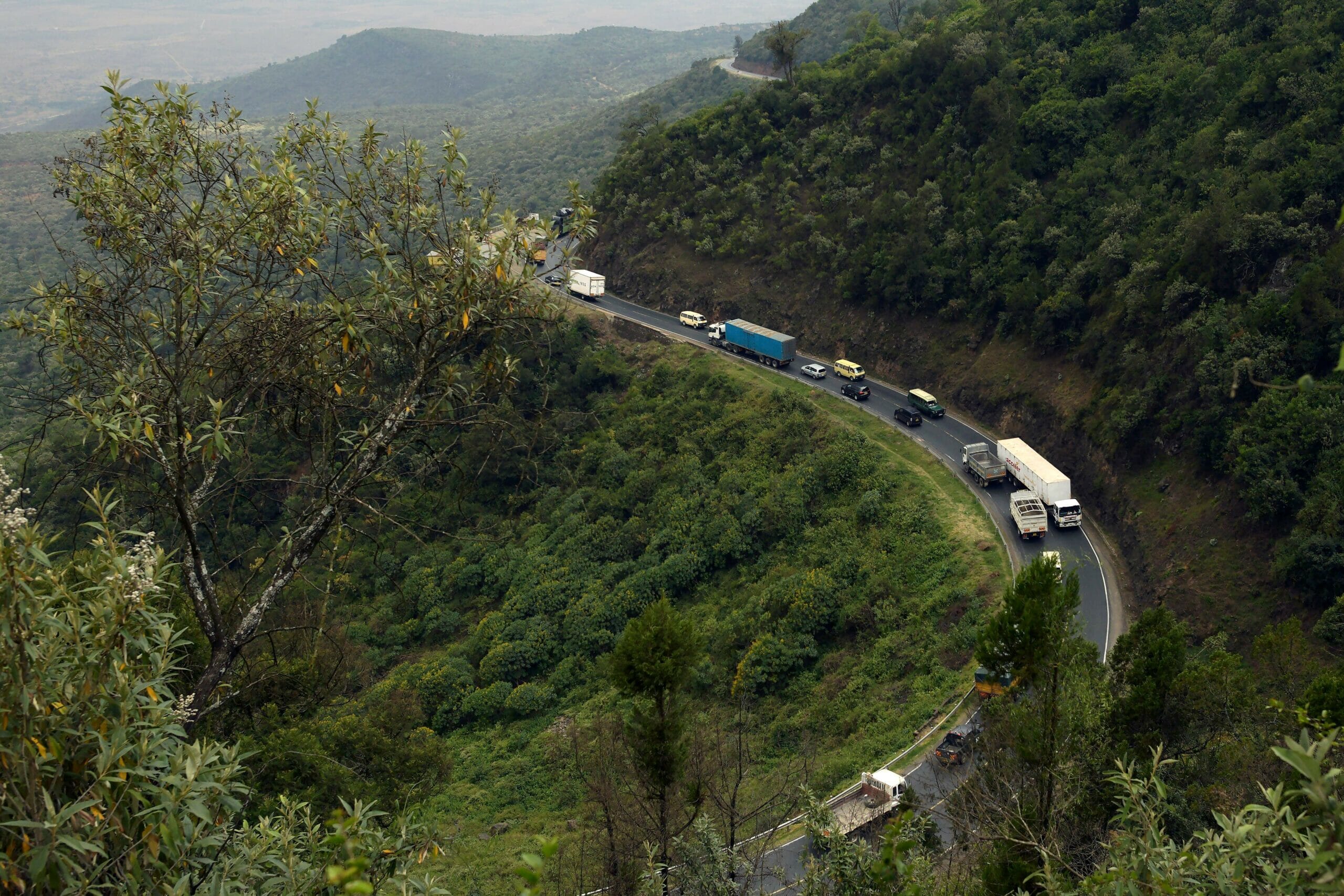