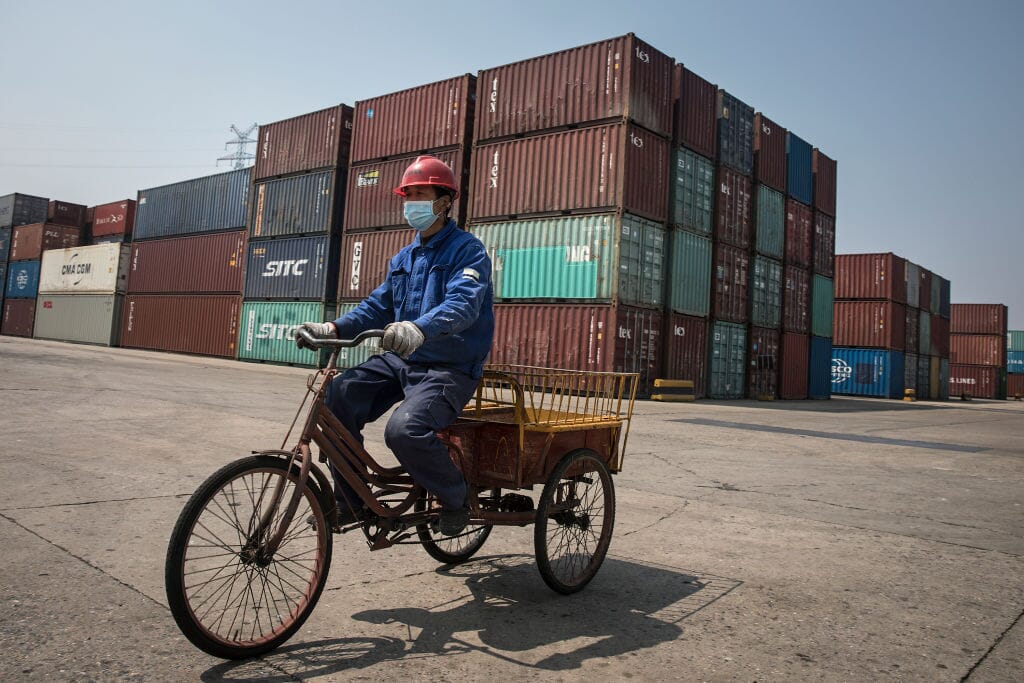 Despite many differences in policy, the unique scale of the pandemic crisis has triggered a range of government responses, from travel bans to curfews and shuttered economies which are unprecedented and happening simultaneously across large swathes of the world economy.

Notable too has been the instinct to prioritise response at a national level without regard to existing international cooperation. This has served to accelerate a number of trends that were already evident pre-crisis, such as trade protectionism and hostility towards international organisations. For example, the sudden rush to secure supplies of PPE resulted in the imposition of export controls, part-nationalisation of production facilities and enhanced reviews of foreign investment bodies, often from countries otherwise keen to espouse free trade.

For some of the things we expect to see happen and are monitoring closely, a precedent however does exist. In 2007, shockwaves rippled through the global economy in the wake of a crisis in the subprime mortgage market in the US. This quickly ballooned into an international banking crisis which saw several venerable banking institutions collapse and led to a global economic recession known as the Global Financial Crisis (GFC); the effects of which lasted for several years.

If the crisis recovery for Covid-19 follows a similar trajectory to the post-GFC recovery, then we can expect the coming months to be characterised by the restructuring and collapse of large numbers of businesses as they become insolvent, are unable to settle their financial obligations and are forced to trigger bankruptcy and liquidation proceedings. Law firms around the world are bracing for a wave of litigation to support their clients through these difficult times. Conversely, M&A opportunities will exist for those businesses with deep pockets, a strong risk appetite and a clear strategy for operating in this new context. Periods of crisis can be a good time to win market share, and those businesses deemed to have responded well should be able to capture long-lasting and sustainable competitive advantage.

Severe disruptions to often intricate supply chains will occur, as once reliable partners struggle to remain solvent and manage their own stretched supply chain and counterparties. For compliance professionals, the coming months will see an unprecedented strain on their resources as businesses rush to review their third party relationship networks and onboard new partners to replace those that have gone out of business. This would be a challenge at any time, but information limitations and travel restrictions will all compound the ability to identify and mitigate any red flags identified during the review process. Fraud investigators are likely to be kept busy as historic data shows that both the incidence of fraud and the incidence of detection of fraud tend to increase in the aftermath of periods of economic crisis. Already there are warnings of an uptick in cyber-related fraud that looks set to increase further.

Finally, the interruption of ‘business as usual’ serves as a once-in-a-generation opportunity for business to listen more closely to the concerns of the societies in which they are operating, to address some of what economists call the ‘negative externalities’ they create and to explore new ways of doing things, especially around Environmental, Social and Governance (ESG) issues, which include climate change.

These are all trends that are global in effect, matching the global nature of the crisis. However, local and regional context matters too and some of these trends will be mitigated or exacerbated at a local level. Here a number of dynamic factors are at play, including the success or otherwise of national pandemic response, availability of government economic stimulus packages and other economic policies, and relations with neighbouring states.

Most analysts expect growth to return here in the Asia-Pacific region first, partly because this region was the first to be affected by the pandemic and therefore is expected to be first to bounce back. But also because the region is experienced in how to handle a significant international social health crisis, following the SARS outbreak in 2003-4. However the region also finds itself on the frontline of what is likely to be the defining relationship of the 21st century, that between the US and China. How this relationship develops will have a major impact on neighbours and allies across all fields on which they compete – politics, economics, trade, defence, technology, culture.

Largely as a result of this, there is much concern over a dislocation of global supply chains as the two sides seek to ‘decouple’ and end over-reliance on their competitors’ economic systems. There is little sign at this stage of western businesses departing China en masse; after all China is no longer just a production location, but a huge market in its own right. Any discussion on manufacturing locations will depend primarily on industry dynamics, but political risks are increasing and companies are being encouraged to support their ‘home’ markets first and foremost.

If Western businesses do decide to exit China, which other jurisdictions (non-home market) are they most likely to relocate to? Again industry dynamics will be foremost in the decision process, but analysts cite Vietnam and Bangladesh as likely beneficiaries for those businesses where labour cost is a key driver, and Malaysia and Taiwan for those in which skilled labour and high-value technology outputs are required. That said, plenty of other governments are eyeing what could be a significant opportunity to attract inbound FDI (foreign direct investment). Some – such as India, and Japan, with its $2bn incentive package – have announced programmes to encourage national businesses to return home and to foreign businesses to relocate there, although it remains to be seen how successful these and similar schemes will be.

In some jurisdictions, such as Indonesia, government capacity is at risk of being swamped by the urgent requirement to respond to the Covid pandemic. Previous priorities, such as the reform agenda for its large state-owned enterprises, are being shelved or put on ice. Without further reform, the country’s efforts to attract more FDI post-crisis will likely stall. What will this mean for the country’s growth outlook post-crisis?

Vietnam’s star seems to be on the rise, and its exceptional response to the Covid pandemic – despite sharing a 1400km border just a few hundred cases were reported, and not a single death –  has only added to its increasing attractiveness as a location for FDI. At the moment we are fielding an unusually high number of requests for business intelligence reports in a range of different sectors, suggesting that investors are keen to exploit some of Vietnam’s relative advantages – low cost, strong growth, promising demographics, good infrastructure and political stability. Risks exist, however, as a generational change in leadership is expected in 2021, and the country’s strong growth encourages a shift towards favouring national champions over foreign businesses, increasing the complexity of the operating environment.

Finally, China’s Belt & Road Initiative (BRI) is likely to become even more relevant to the region in a world beset by trade disputes and Superpower conflict. In order to protect its significant investment in this initiative and to enhance the resilience of these trade corridors, further investment is due to be channelled towards building resilience in public health infrastructure including sanitation and technology-enabled healthcare facilities, and digital access. Regionally important international arbitration centres in Singapore and Hong Kong will likely become more significant as parties in dispute seek to resolve their cases in a cost-effective way.

Clearly there are many dynamics at play here, all of which are moving at different trajectories and many of which remain subject to change in the coming months. In the coming months we plan to hold a webinar on Asia business risks and opportunities in a world in which the first wave of the Covid crisis has, we hope, dissipated, or at least stabilised. Our team of regional experts will examine some of these issues in more detail and be available to respond to your questions. And this is where we would like your assistance. If there are any topics that are of particular concern to your business that you would like us to explore further, then do please let us know in the coming weeks and we will seek to incorporate them into the webinar.

If these issues are of concern to your organisation and you would like to discuss how we can assist, please contact us. Click to find out more about our enhanced due diligence services.